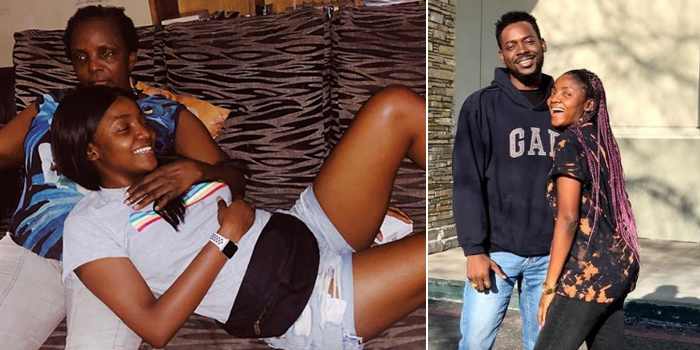 Jedidiah Akinsola, mother of sensational female singer, Simi has taken to social media to gush about her

The 61year old who recently remarried took to the comment section of her daughter’s recent photo a few moments ago to state that not only is her daughter beautiful but she and her husband, Adekunle Gold are lucky to have found each other

She was sure to also say a word of prayer for the couple, praying that they welcome a set of triplets soon

Fans of the female singer have come to know the adorable relationship between Simi and her mum as they would stop at nothing to flaunt their mother-daughther goals.

Give birth to your kids outside Nigeria, even if it’s Ghana – Falz manager, Femisoro Ajayi

Far away from Nigeria, Adekunle Gold says no place as peaceful as Cape Verde