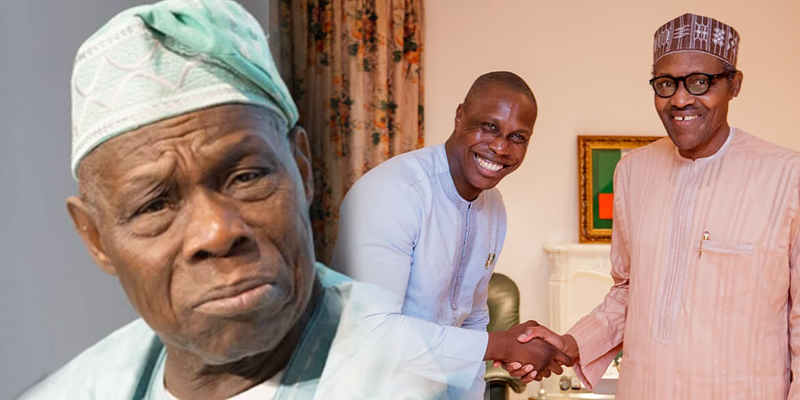 Accusations levied against the ex-president was contained in a press statement from Mrs Taiwo Obasanjo, ex-wife of Olusegun Obasanjo.

In the statement, Mrs Obasanjo accused former president Olusegun Obasanjo of hiring assassins to eliminate her and their son, Olujonwo Obasanjo, because they support the Buhari-led government. Read the statement below:

I am Mrs Taiwo Obasanjo and l want to alert the whole world that my life and that of my son Mr Abraham Olujonwo Obasanjo is under threat due to our decision to support President Muhammadu Buhari in the last election.

I was reliably told that Chief Obasanjo is not pleased with our decision to support Buhari and he has sent out assassin to kill me and my Son for publicly coming out in supporting President Buhari.

From the reliable information at my disposal, it was disclosed to me that Chief Olusegun Obasanjo has paid the assassins who are already trailing me to kill me and my Son Olujonwo.

The assassins intend to kill me first and make it appear as an armed robbery operation.

The second phase of the plot is to kill my son, Olujonwo in another armed robbery attack in the night.

I want the world to know that my life and that of my son, Olujonwo is under threat for supporting President Muhammadu Buhari in the last election.

Since President Buhari won the election Chief Obasanjo have developed very strong hatred for me and my son and he does not speak to my Son again or pick his calls.

I am appealing to anyone who knows ‘Baba Obasanjo” to please tell him not to kill me and my Son. Politics should not be a do or die for him and it should not become a crime that must bring me and my Son death because we are supporting President Buhari.

“I am also appealing to the police and other security agencies to please come to our aid. This is a serious threat and the police should please help us.” Chief Obasanjo has vowed that he will kill us both and nothing will happen.

This matter is not a joking matter.

This issue is not imaginary or attention seeking or a publicity stunt.
Signed:
Mrs Taiwo Obasanjo.
Ex- Wife of Chief Olusegun Obasanjo

‘A child is precious whether your status reads single or married’, Betty Irabor reaches out to TBoss