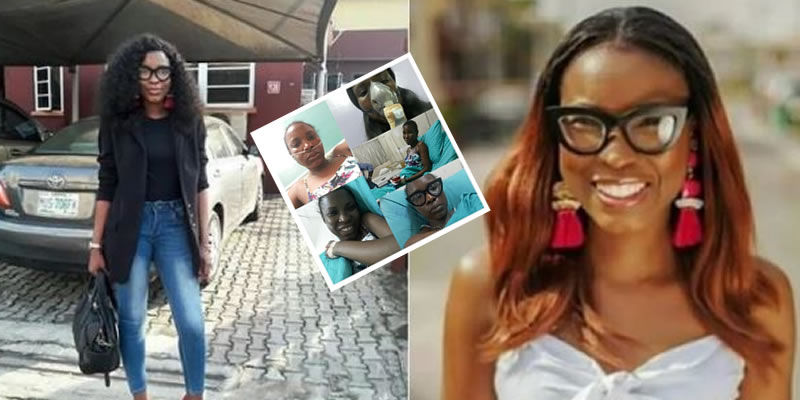 Lady shares how she miraculously got healed after falling sick

A young lady has taken to Instagram to share a story of hos she got healed after doctors couldn’t point at what was wrong with her for months.

According to her, going to the toilet, walking around and doing other normal things became a problem when it all started. Read her story below:

‘The testimony of Jesus is the Spirit of prophesy.

‘It was a normal day, 6 months ago (Oct 2018). I was at work and all of a sudden I began to struggle to breath. My colleague took me to the hospital where I was given a mask and I was told I might have asthma but I’d have to do an X-Ray. And that’s when the whole thing started. I was later admitted at my primary hospital. And then the tests began. I did X-rays, CT scans and series of test and eventually a bronchoscopy. I didn’t have asthma, but something was definitely wrong.

‘The doctors came up with all sorts of names, lol. I couldn’t do anything. Even talking was stressful as it required me using my breathe. Taking a walk to the restroom was tiring. I couldn’t pray for long, I couldn’t do the normal things, all because it required me using my breathe. I won’t lie I was a bit scared but Gods word kept me. I would listen to songs and pray in my spirit. My friend sent me an audio bible scripture on healing which I constantly listened to.

‘When I was discharged, I was referred to general hospital, as all my tests were coming out negative. At this time I was back home. One particular night, I called my friend, I began to cry and she encouraged me. I also remember that night, while sleeping, I played the audio healing scriptures. Something strange happened to me during the night. It felt like Jesus came and He healed me. The next morning I was fine. I walked to the bathroom and had my bath with no stress. I knew I was healed and I kept telling anyone who cared to ask, Jesus healed me. Glory!

‘I still had series of tests to do even after this my experience. It lasted for about 3 months. After it all, the doctors (specialists) couldn’t figure out what was wrong, they had their initial theories but at the end there was NOTHING. Everything was fine. All results came out fine. My lungs and other respiratory organs were fine when they checked through the bronchoscopy. I was fine. Jesus healed me. .

‘I share this testimony to encourage someone trusting God for healing for themselves, a loved one or a friend. I declare Gods healing over you/them. Jesus heals and by His stripes, you are healed. Amen!’