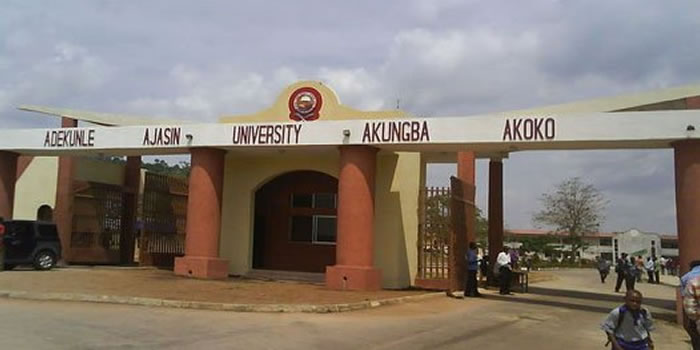 Students of Ondo State-owned Adekunle Ajasin University, Akungba-Akoko, might not be resuming anytime soon following the postponement in the resumption date of the institution by its management.

This is as no resumption date was stipulated in the circular made available to newsmen and signed by the Acting Registrar of the institution, Opeoluwa Akinfemiwa.

Meanwhile, before the latest circular was issued, a June 3 resumption date had earlier been circulated from Registrar’s Office which was later cancelled.

The students had protested against the management’s decision of “No Tuition/No Test” policy as well as what they described as exorbitant fee introduced by the management.

The circular read, “This is to inform all students and the entire University Community that the Vice Chancellor of Adekunle Ajasin University, Akungba-Akoko, Professor Igbekele Amos Ajibefun has on behalf of the Senate of the University, directed that resumption be postponed.

“A new date of resumption will be announced later.

“Once again, on behalf of the Vice Chancellor, I wish all students a happy mid-semester break.

“This circular supersedes the earlier one circulated, please.”

Recall that the students were scheduled to resume on May 20 after the closure of the school when it was rocked by the April 24 protest.

There have been wide condemnation in various quarters, particularly from the country’s apex students’ body, NANS, over what they described as “anti-masses” policy by the state government.

Also, students of the state-owned Ondo State University of Science and Technology, Okitipupa, OSUSTECH are currently at home following the closure of their institution as regards the issue of tuition.