Two members of MASSOB were reportedly shot dead on Wednesday at the 19th anniversary celebration of the Movement for the Actualisation of Sovereign State of Biafra.

The event also led to the arrest of no fewer than 10 members of the movement, while about 15 sustained varying degrees of bullet wounds.

He said: “We were hoisting our flag at about 2am yesterday morning at Upper Iweka axis in preparation for the anniversary when the police stormed the place in three Hilux vans and allegedly opened fire on us at a close range, which resulted in the killing of the two members instantly.

“They arrested 10 of us and over 15 got bullet wounds, even when they knew that we are a non- violent organisation struggling for a Biafran state”

Amadi, who spoke through his Director of Finance, in Ogbaru, Ezeaka Martins, identified those killed as Innocent Okoye and Uche Ezinwanne, demanding for the release of their corpses.

Also speaking, the Ogbaru Director of Security, Chuks Nnaedozie, gave the names of those injured and hospitalised as Clifford Nwankwo, Ndubuisi Ikpeazu Aloy Ibeh, and others yet to be identified.

On his part, Regional administrator for Onitsha North, Christian Umeaka revealed that one of his members had not been seen since he was arrested by the police when he went to hoist the flag.

“No amount of intimidation would stop us from struggling for a Biafran state,” he vowed.

The Indigenous People of Biafra (IPOB) on Wednesday alleged that several of their members were arrested in Enugu State, with their whereabouts unknown. 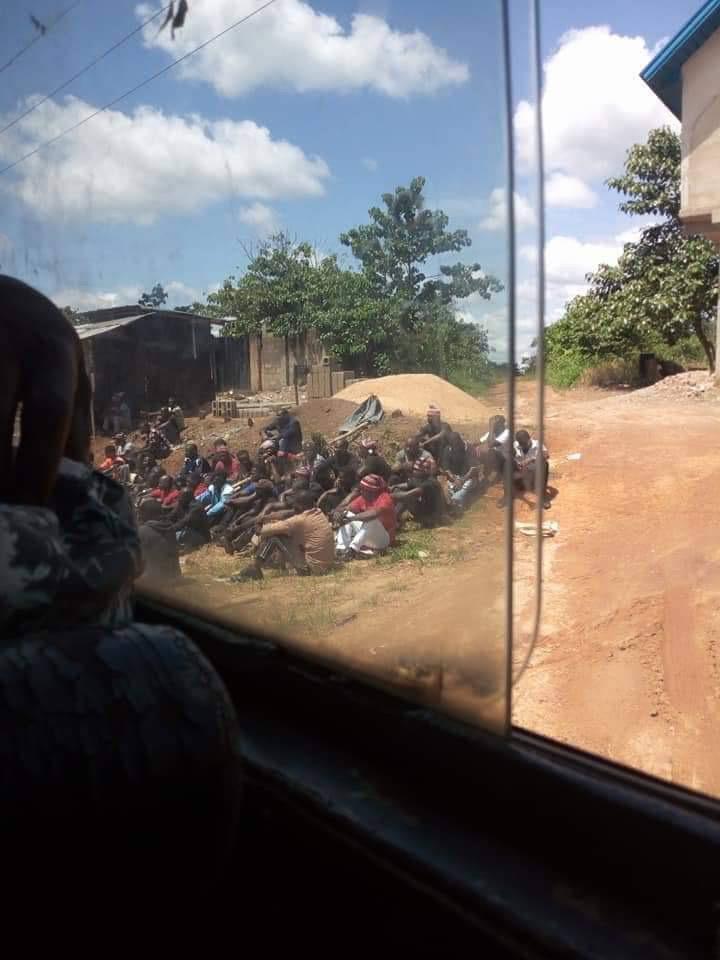 IPOB spokesman, Emma Powerful, in a statement, said the unspecified number of their members were arrested around Nike Area of Enugu State, en-route Nsukka.

He further alleged that the members have been moved to an unknown location for possible execution.

He claimed that “The state sponsored criminal abduction, kidnapping, torture and execution of defenceless citizens by the Fulani terror-herdsmen is ongoing in Enugu State right now.

“It was reported that they have now been moved to an unknown location for possible execution.

“We are placing all diplomatic missions to Nigeria, especially the United States, European Union and African Union, on notice with regards to their obligation to report these levels of unimaginable atrocity by the Nigerian state against Biafrans to their home countries and relevant agencies.

“It is in the best interest of all that all those abducted are released immediately.”

However, when contacted, the Enugu State Police Public Relations Officer, SP Ebere Amaraizu said the command was not aware of such arrest.