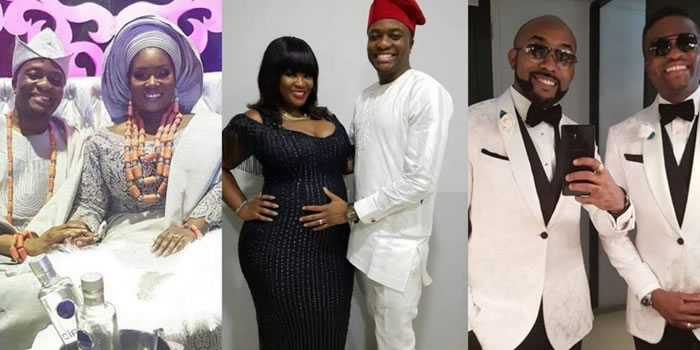 I met my husband through Banky W – Toolz

Toolz Oniru-Demuren, is no doubt one of the most loved celeb by fans. She has become a sort of model for thick and curvy women as many of them look up to her. Fans also regard her as a very strong woman for being open about her struggles after she lost her first child to a miscarriage.

Just recently, the black and curvy celeb allowed fans ask her questions on social media and she promised to answer them honestly. As expected many fans joined the fun and she revealed things about her life, her husband, her son and more. 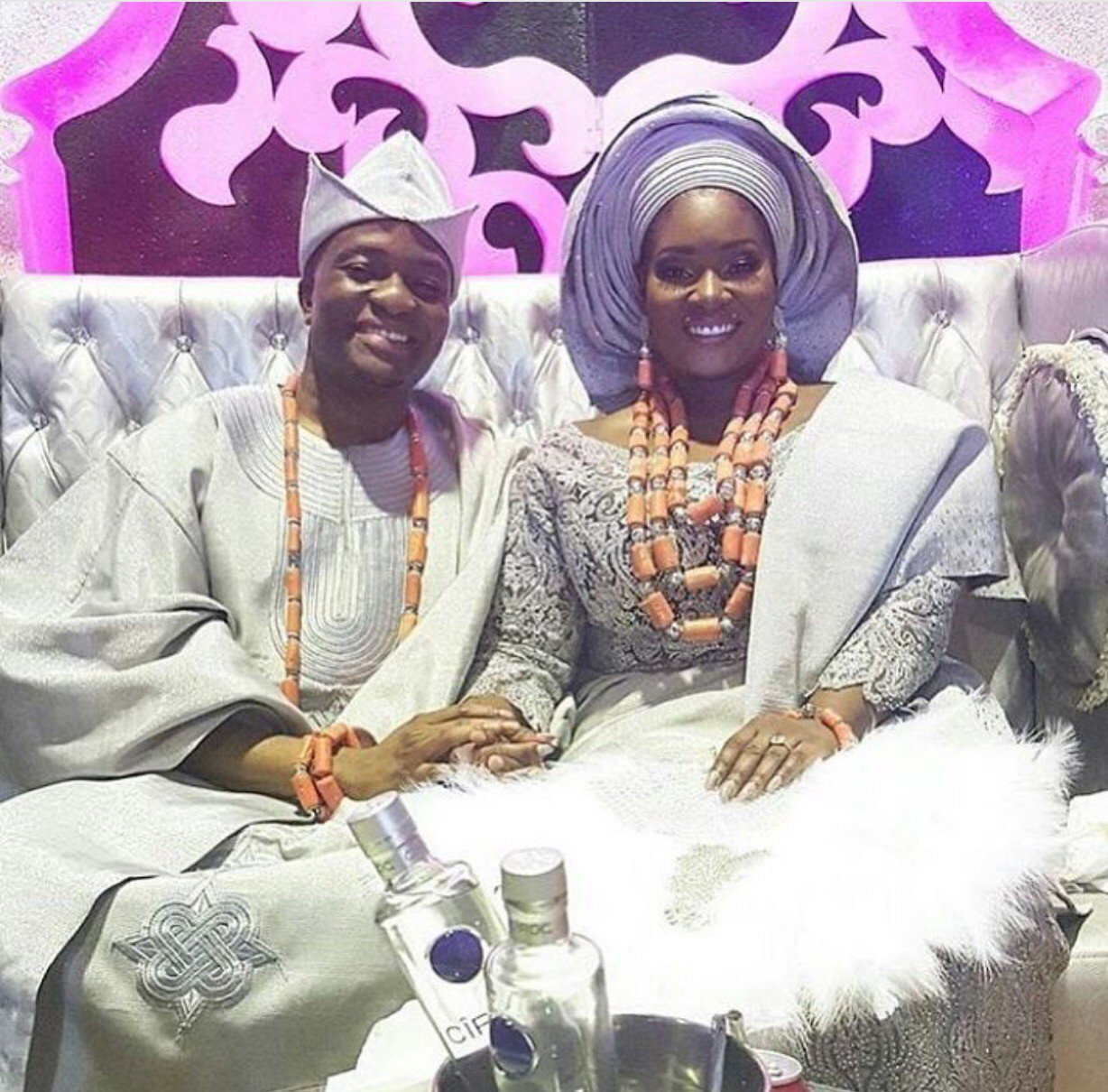 Toolz revealed that she met her pilot husband through their mutual friend, Banky W. She explained that the singer and politician felt they would make a good match. 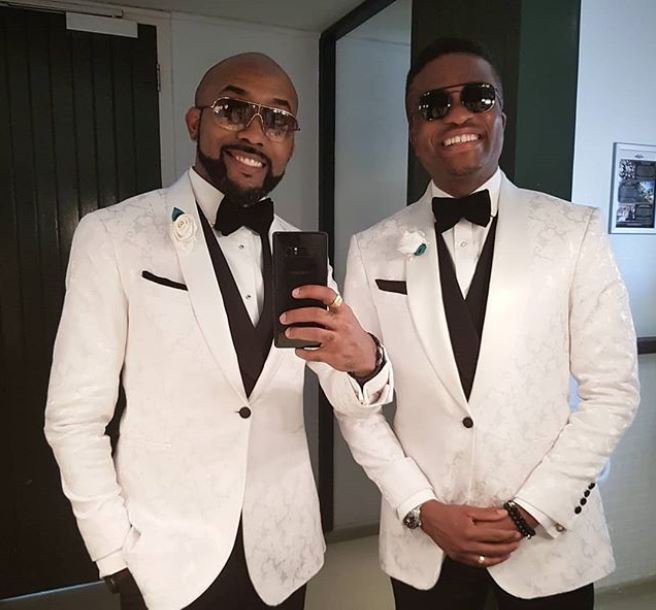 Speaking on why she has not revealed her son’s face to the public, Toolz explained that she kept it private because she is not ready to fight with anybody and she would not be able to stand it if anyone says anything bad about him. 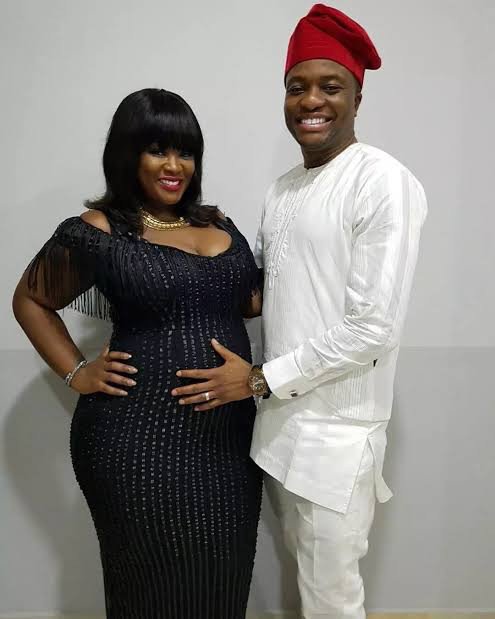 The pretty celeb also spoke on her intimacy life as she revealed her sexual preference. 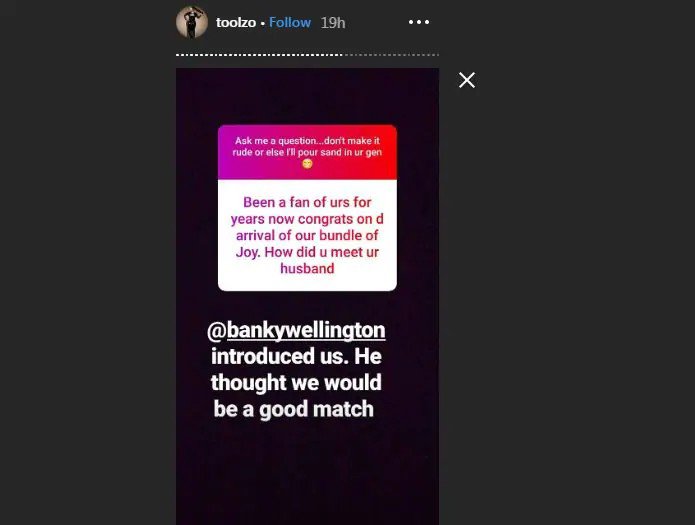 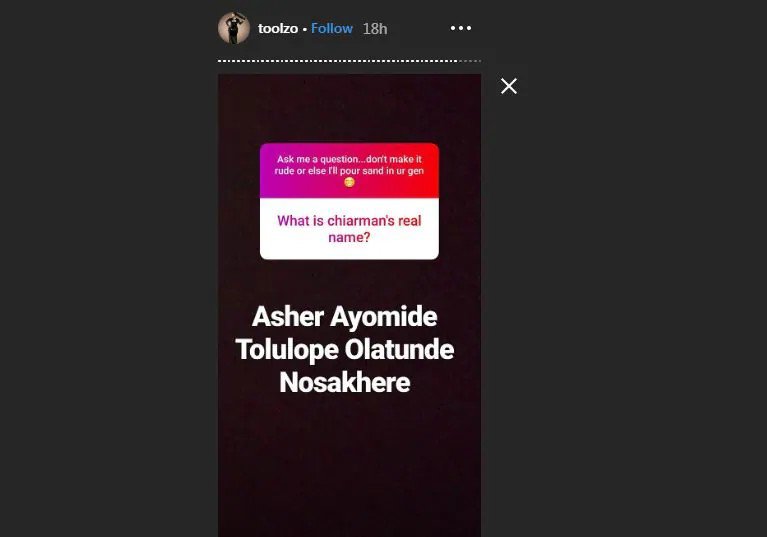 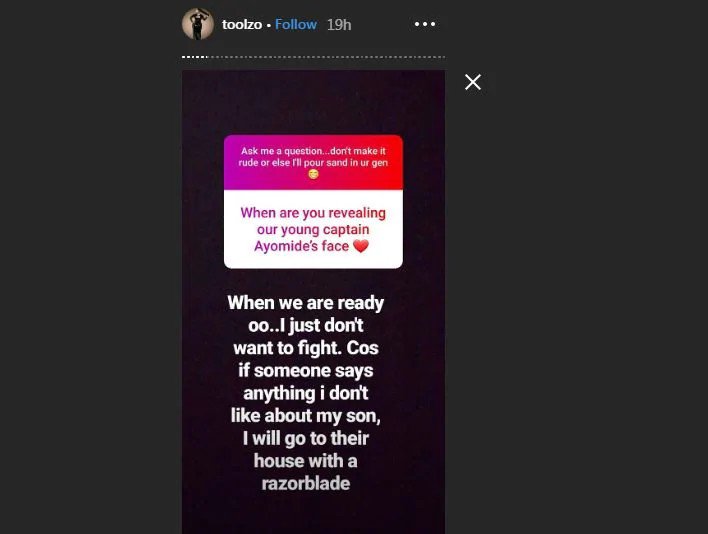 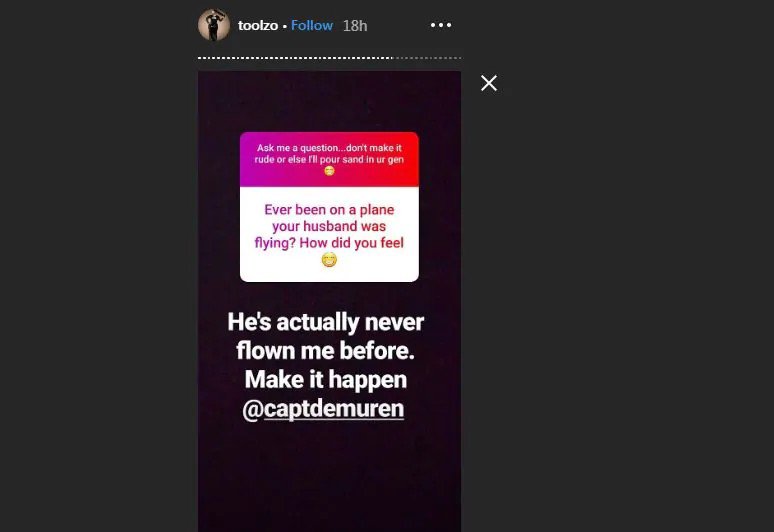 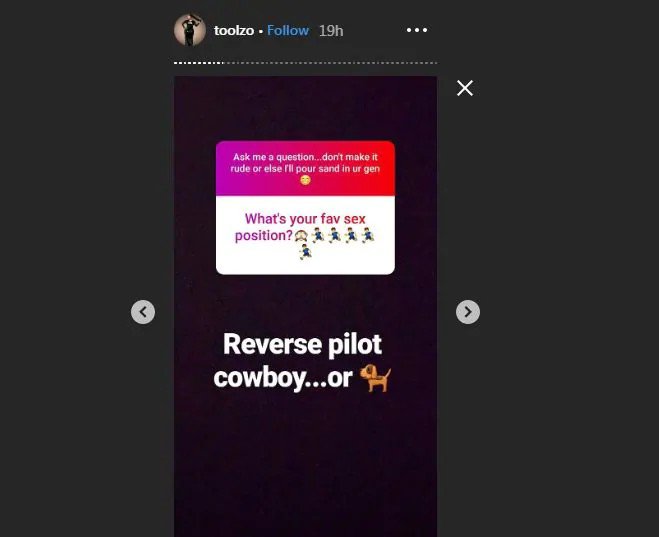