Mercy Aigbe shuts down rumuor about renting her mansion

A social media user came out to debunk the news, she claims it was rented and not bought. She took to her page where she posted pictures of the actress’ home with caption;

Ewooo, amebo says Aunty no buy house but she con be tenant wey she don dey tell internet people that she be landlord.

But before I proceed to the kitchen o, biko who is going to 14, oregunwa street oregun lagos? I think I left my purse in the hotel room. If they refuse to hand it in, kindly tell them they should hand it in before , who is the owner who was connected to Aunty before o, will come scatter my head with some kian grammar ?‍♀️ 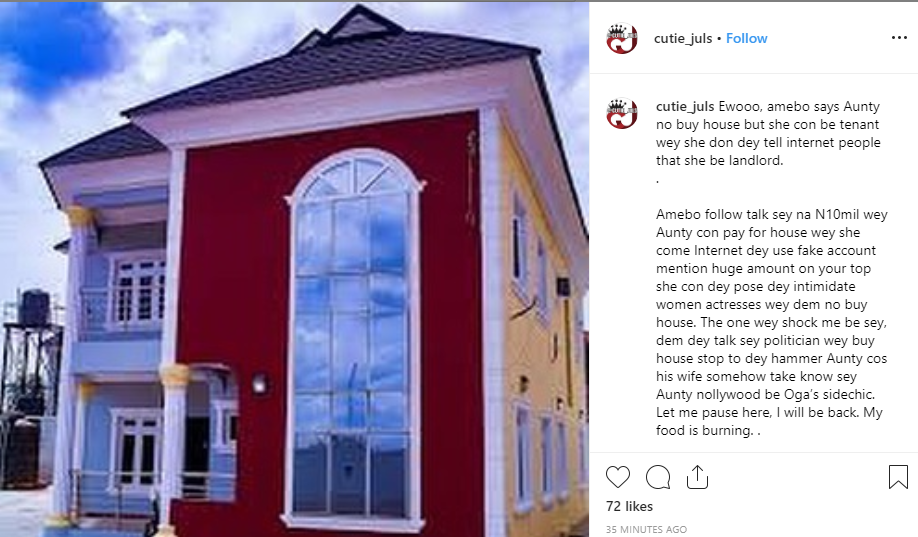 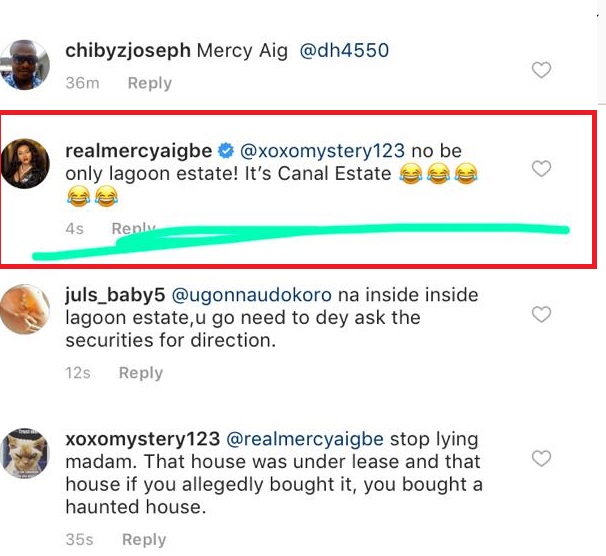 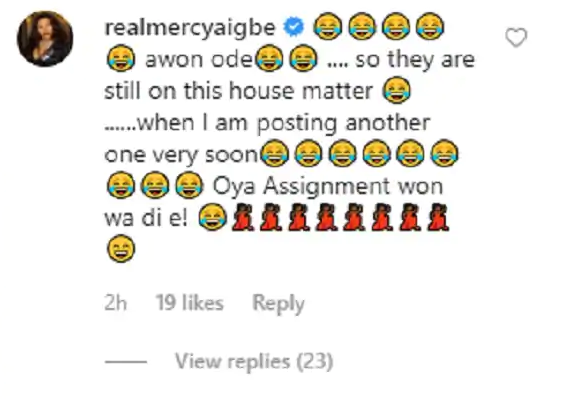