Falz drew inspirations from Fela’s past works and redefined them to suit the contemporary age. On June 8 at the Falz Experience II, the rapper will bring the politically charged music from the album on stage.

The walls of Eko Convention Center will be bursting at the seams with excitement, colour and performances by the multiple award-winning rapper.

While his fans anticipate his show, below are five times Falz has proved that he’s a true Fela’s fella.

When He Released His Cover of #ThisIsNigeria

Inspired by Childish Gambino’s socially conscious song “This is America”, This is Nigeria found Falz tackling all the major topical issues in Nigeria in a way his contemporaries weren’t. It was a very “This Is What Fela Would Have Done” moment for many Nigerians which is why the song resonates so deeply with many.

The Release Of Moral Instruction

During the exclusive album listening party for Moral Instruction, Falz revealed that he had been working on Moral Instruction for about two years. Creating music on such a thorough and meticulous level coupled with the fact that the music spoke directly about societal issues is definitely something that Fela would be proud of.

Speaking of Fela being proud, Sess, who primarily handled the production on Moral Instruction, would have gotten a high five from the iconic entertainer for his skillful sample of his songs. From J.J.D (Johnny Just Drop), Zombie to Coffin for Head of State and Army Arrangement, Falz and Sess really dug into Fela’s archives to create a masterpiece.

He Recruited Fela’s Artist For His Album Artwork 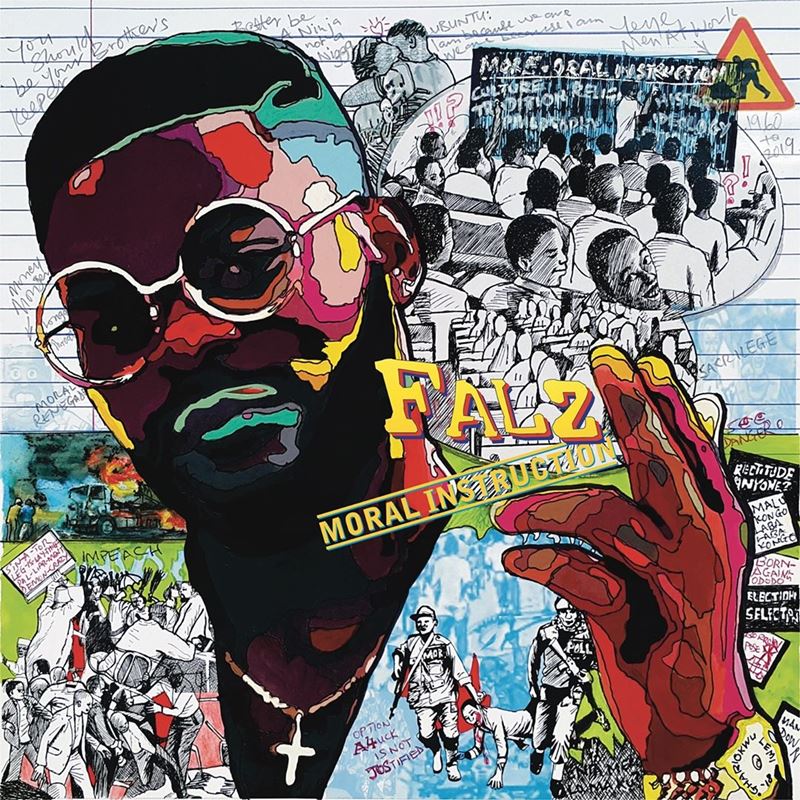 The album cover art for Moral Instruction was created by iconic illustrator, Lemi Ghariokwu who handled 26 illustrations for the late Afrobeat legend, Fela Kuti. For every song on the album, Lemi created an epic illustration!

When He Decided To Put On An Elevated Live Performance

Everyone knows that Fela was the king of spectacular high energy live shows. This is why anyone who decides to raise the bar of excellence is already tapping into their inner Fela without even knowing it. With Falz, however, everything is intentional so when he took to the stage at Eko Hotel to put on The Falz Experience I, the mark of Afrobeat distinction was a presence that could not be dismissed. From the costumes to the live band, dancing and performance storytelling, anyone who attended will tell you that Fela was in the building.