Nigerian rapper, Afeez Fashola, popularly known by his stage name, Naira Marley, is set to be released from Ikoyi prison in Lagos state on Monday, June 3. The rapper had been arrested for charges bordering on fraud.

WITHINNIGERIA had reported that the Economic and Financial Crimes Commission had on Friday, May 10, arrested the rapper for allegedly committing fraud.

This Friday, May 31, the rapper’s management took to his Instagram page to announce to his fans that he would be released. They revealed that all the bail conditions given to the rapper has been perfected. 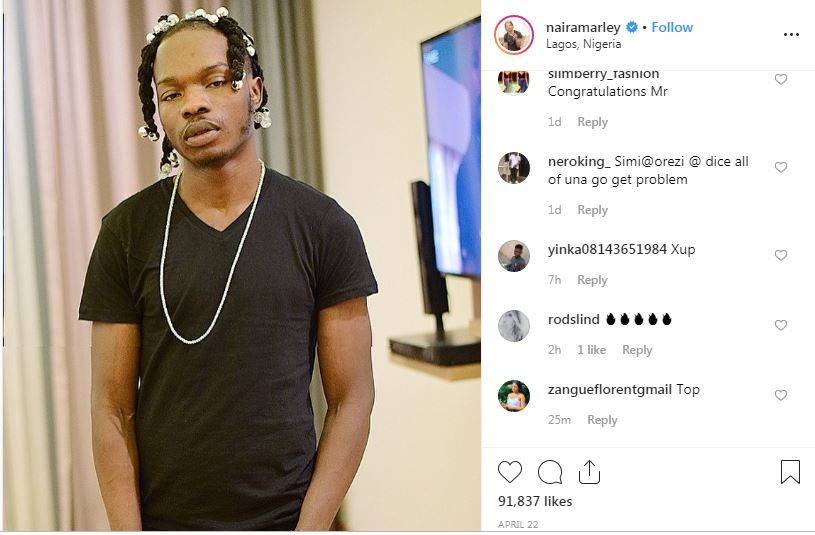 According to the management, the rapper would be released on Monday, June 30, and he is to remain in Ikoyi prison until then. It was also reported that the rapper is still staying in prison after his bail has been perfected because the court needs to confirm it first. 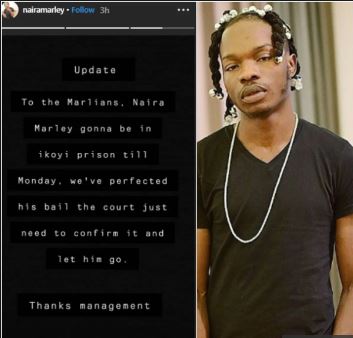 WITHINNIGERIA had reported that the Economic Financial Crimes and Commission had arraigned the rapper on 11-count charge on Monday, May 20. The commission had stated that the 11 charges was bordering on fraud for alleged credit card fraud.