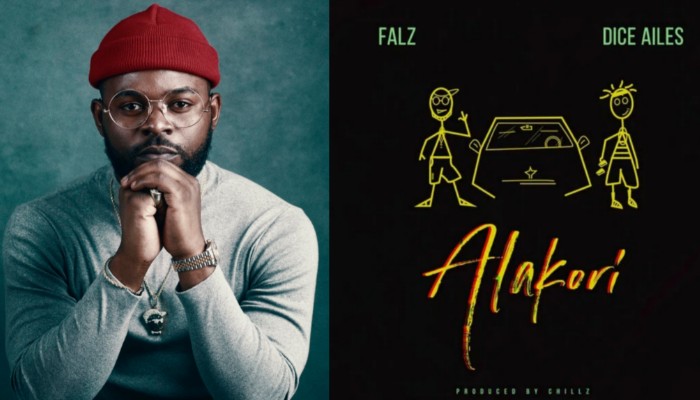 Falz Debuts New Song, Alakori, Ahead Of The Falz Experience 2

Listen to ‘Alakori’ by Falz featuring Dice Ailes below;

Produced by Chillz, the new track has been released as part of the build-up to one of the most anticipated shows of the year. The Falz Experience II is set to hold on June 8, 2019 at Eko Hotel and Suites, Lagos and will serve as a perfect sequel to the unforgettable first edition which held in December, 2017.

Listen to ‘Alakori’ by Falz featuring Dice Ailes below;

Not one to conform to mediocre standards, Falz is revered for his stellar stage performances, and the Falz Experience provides a perfect exhibition of his wide-array of talents. Comedian, actor, singer, rapper – all of these four personalities will be on display when Folarin Falana graces the stage on Sunday, the 9th of June.

In typical Falz fashion, this year’s edition will be upping the ante, as he has promised to give fans a pleasant surprise when he steps on stage.

Fans have already begun speculating on what Falz’s big surprises may be. However, while Falz big surprise may be up in the air, we can confirm some certainties. On the top of the list of certainties is that the show starts at 8pm, and will be produced by renowned experiential agency Livespot 360.

With so much buzz around this concert, it’s no surprise that early bird tickets for the show have already sold out, so one can expect fans to turn out en masse to witness the spectacle.