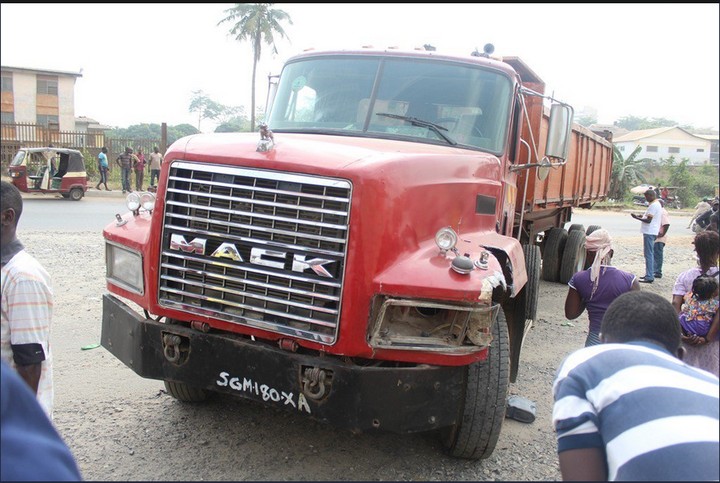 Two passengers die as Okada rams into truck in Ogun

Two passengers on a commercial motorcycle popularly called Okada, died on Abeokuta township road on Thursday when the rider rammed into the rear of a truck at Moore Junction area of Abeokuta, the state capital.

The rider and his passengers were coming from Obantoko area and had barely negotiated their way into the Moore junction when they ran to the rear of the truck struggling to avoid potholes ridden – portion of the road.

Two of the passengers died on the spot while the truck driver and the rider fled the scene.

The Public Relations Officer of the Ogun State Traffic Compliance and Enforcement Corps (TRACE), Babatunde Akinbiyi, who confirmed the accident, said the remains of the dead have been deposited at the morgue of the State Hospital, Ijaiye.

Akinbiyi explained the truck driver, in a bid to avoid potholes, swerved to a side not knowing that an Okada rider carrying three passengers was fast closing from the rear and crashed into it.

The driver of the truck and rider, he added, escaped from the scene while the truck and motorcycle have been taken to the Divisional Police Headquarters, Obantoko.