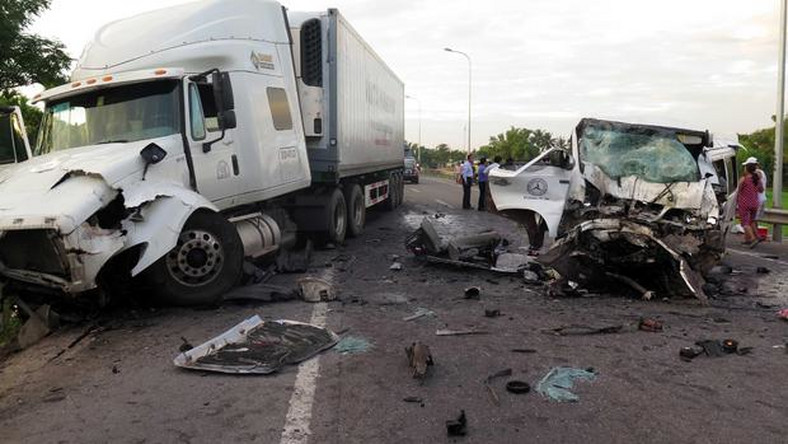 5 die in auto crash in Abuja

Five persons, including a couple, died in a road accident in Abuja on Sunday.

A sixth person, who was seriously injured in the incident which occurred at about 8 a.m. near Setraco Junction along Kubwa Expressway, was rushed to the hospital.

According to an official of Federal Road Safety Corps (FRSC), Mr Emmanuel Agbo, the incident occurred when a Toyota Camry car coming from Kubwa area to Abuja city centre was hit by a trailer.

Agbo told newsmen at the scene of the incident, that the impact of the contact with the trailer, which was travelling in the same direction, forced the car, with six passengers, off the road.

“The impact forced the car, with registration number ABC 978 SL, to crash onto a concrete pillar of a bridge across the highway.

“Five persons in the car, including a couple, died on the spot. You can see their corpses on the ground.

“A sixth person in the car, a woman, sustained serious injuries and has been rushed to the hospital.

“We are trying to move the dead to the mortuary of one of the hospitals in the city,” Agbor said.

He said that the trailer did not stop after hitting the car, adding, however, that it was chased and caught by the police.

A police officer, Insp. Danjuma Garba, confirmed to NAN that the fleeing trailer and its driver had been held.

According to him, when the trailer escaped, we contacted all our men and the vehicle was chased and caught at AYA area.