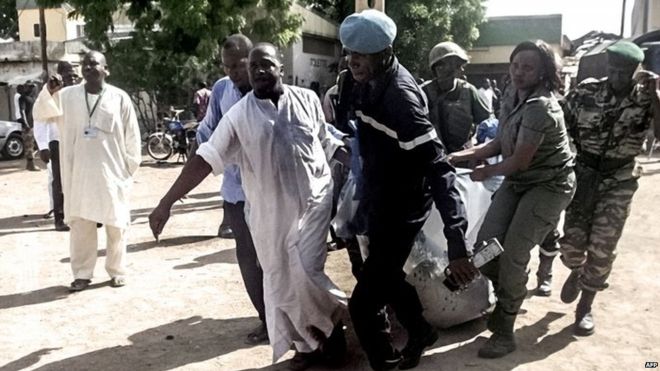 Mine blast kills 4 police in Cameroon

A mine blast killed four police officers travelling in a troubled anglophone region of Cameroon in the southwest of the country, the government said Sunday.

The blast happened on Saturday morning between Eyumojock and Otu, in Manyu, one of Cameroon’s two anglophone regions, said a statement from Communications Minister Rene Emmanuel Sadi.

As well as the four officers killed, another six were injured, the statement added.

A source in the security service confirmed to AFP that at least four people had been killed and several others wounded in the attack.

Police sources said the victims were recent recruits to the force travelling in a pick-up truck on the way to supply colleagues in the region.

Government forces in this mainly French-speaking country are struggling to contain a separatist uprising in the anglophone region of Cameroon, which broke out in 2017.

On October 1 2017, the separatists declared the creation of the “Republic of Ambazonia,” covering the two English-speaking regions incorporated into post-independence Cameroon in 1961.