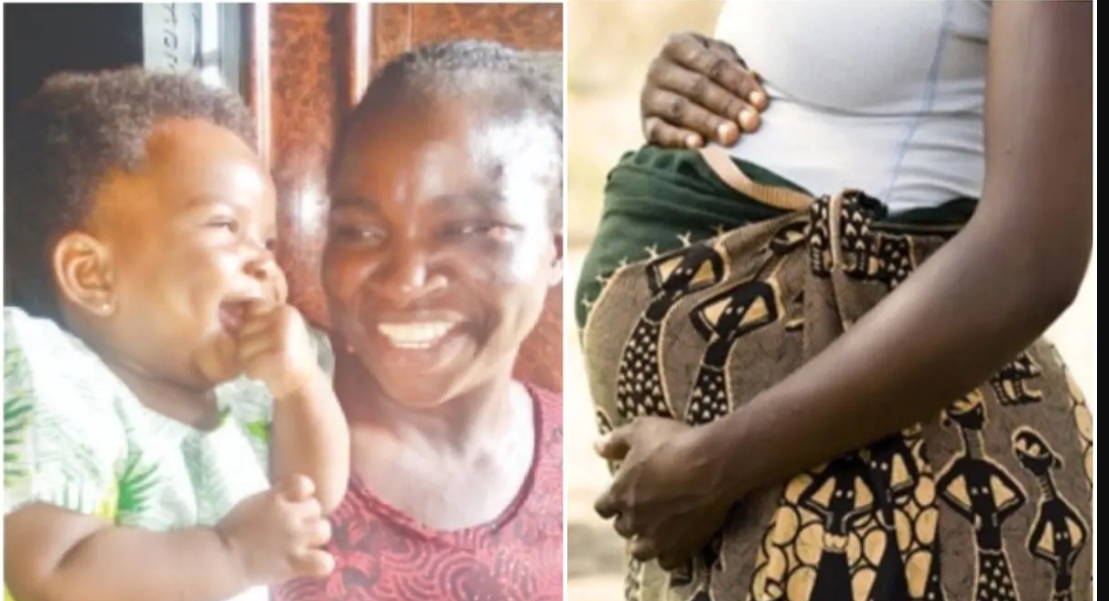 A woman identified as Lola Orebela has welcomed a child after allegedly carrying it for 10 years.

In an interview, the couple shared details of their breakthrough after losing money and property to a mysterious pregnancy that was carried for a decade.

According to the husband, Biodun, after tying the knot with his wife in July 2007, they welcomed their first child in October of the same year.

Roughly a year later, the wife claimed she took in again. There were several symptoms that led her to believe she was pregnant but on getting to the hospital all tests returned negative.

Lola stated that her stomach was fluctuating as it would protrude and snap back, leaving herself and her husband more confused than ever.

In finding solution, they visited several hospitals, all of which claimed that the lady was not with child and refused to give a clinical explanation for what she was going through.

The couple also visited many herbalists and ended up spending several thousands of naira to identify the problem and solve it but all was futile.

After 10 years, Mr and Mrs Orebela visited a pastor who spent many days praying and fasting for them. Miraculously, Lola delivered the child.

On the day of delivery, Lola was assisted by neighbours and her husband.

She said: “There was a neighbour who was a matron, Mrs Tijani and one Mama Chioma that helped me with the child before I was rushed to a local hospital,”

she said. “My husband also played a big role. He was with me throughout.” What was a source of misery for the couple became a blessing after they welcomed the precious child.