“Welcome to the movie world @alex_unusual. I guess shooting till this morning from last night is a lot different from just posing in front of the Camera. CC: @midas_interiorsyour daughter one kill your husband for film o.”

However the post took a different twist after AY’s follower said the movie will flop, because Alex featured in it. According to her, the movie hype with Alex comes from a place of jealousy and people will curse under their breaths when leaving the cinema. AY’s wife who fired back at the social media user, told her she is quite ignorant which is why she lives in so much negativity.

Here is the exchange below; 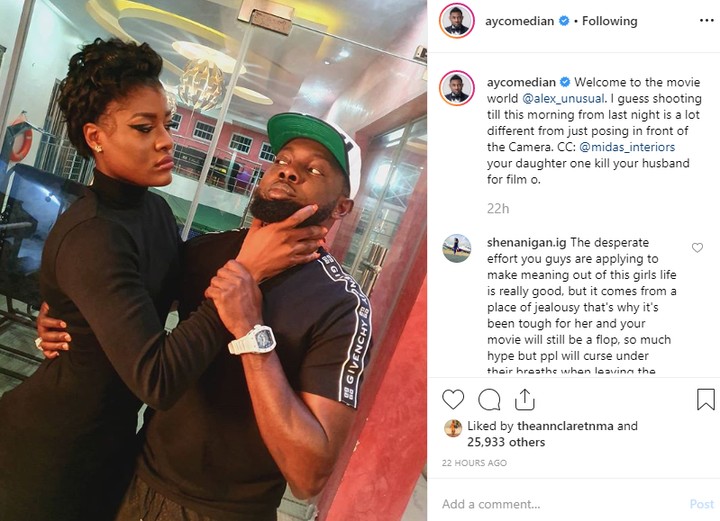 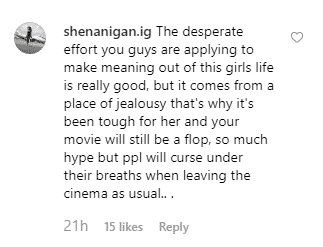 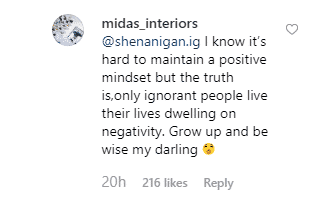