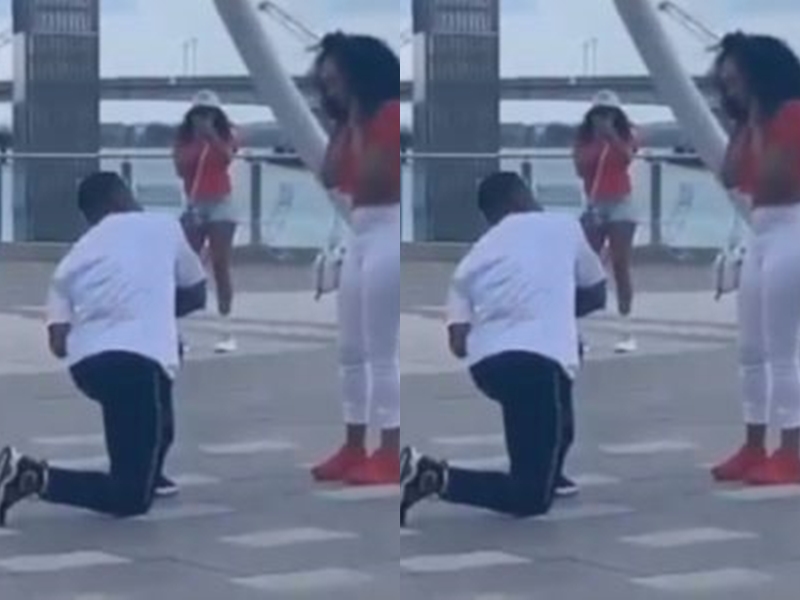 A boyfriend planned a fake wedding proposal just to disgrace his girlfriend in the midst of their friends.

In the trending video, the man is seen on one knee with his hand going to his pocket as though to bring out a ring. The girlfriend looks surprised and pleased.

“She deserves it…” he said as he reached into his pocket.

But, rather than bring out a ring, he brought out his hand with the midfinger out in a “f*** you” sign.”

The woman’s friends screamed in horror. The woman, shocked, shouted at the man saying, “why would you do something like that?”

The man replied: “That’s what you get for telling your homegirls I ate you out on your period.”

Watch the shocking video below: