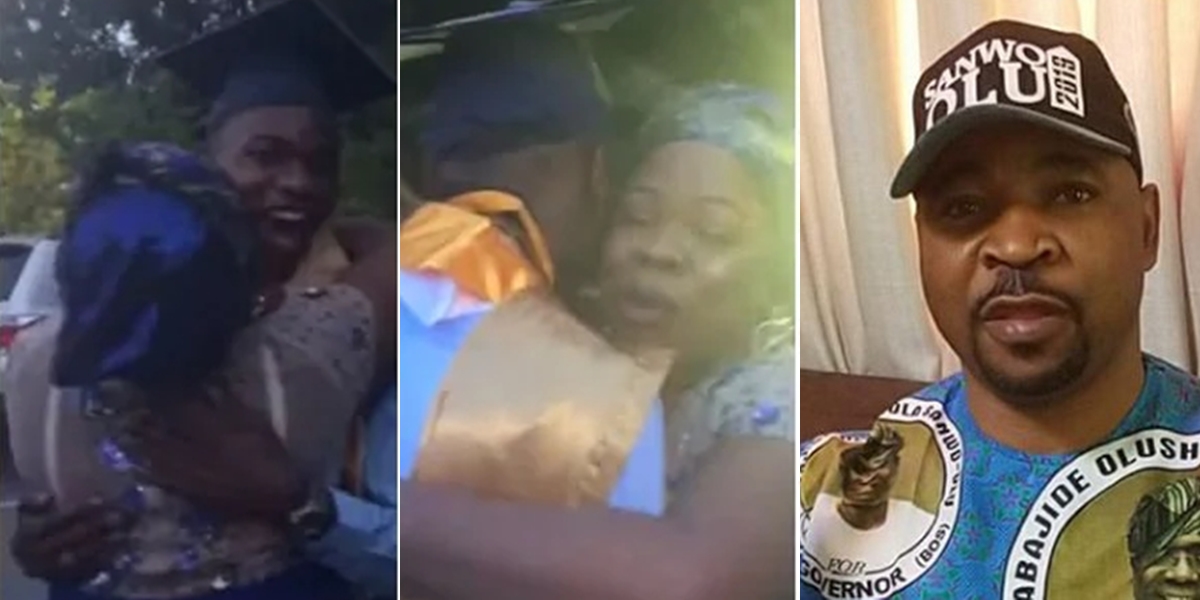 Musiliu Akinsanya aka MC Oluomo’s son, Ololade, has made his family proud by graduating with the best GPA at his school in Georgia.

The young man reportedly graduated from his school in Georgia with the best GPA.

It was also gathered that Ololade was awarded a total of $2.7 million in scholarship funds.

In addition, the brilliant young man reportedly turned down his Harvard admission and is going to be attending MIT.

This is obviously wonderful news for the young man and his family. However, his mother seems to be the proudest of them all.

The joyous woman was spotted embracing her son as she thanked him heartily for not putting her to shame.

In a video shared on Mc_OluomoNation on Facebook, she was heard praising God. She then praised Ololade for keeping to his promise after vowing to make her proud.

The Facebook page MC_OluomoNation wrote: “Allihamdullilahi my Son got the best GPA in his school at Atlanta GA. He got a total of $2.7million in scholarship funds. He turned down Harvard and going to MIT. I don’t invest in houses, cars etc. but I invest in my children because I know I would get more ( $2.7 million dollars ) that’s what God blesses me with.”

See the sweet and touching video below: