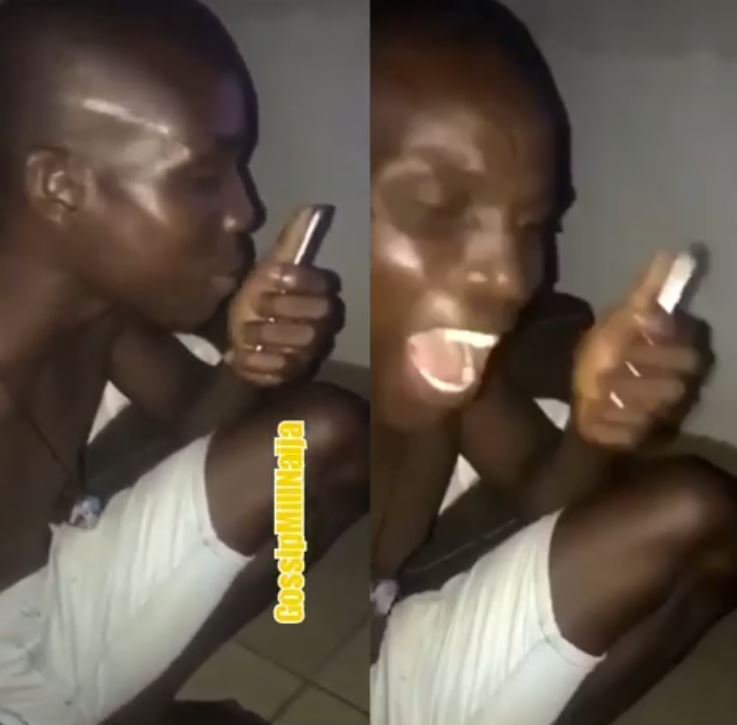 A frustrated ‘Yahoo Boy’ was seen in a video having a phone conversation with one of his ‘victim’.

The young lad was seen speaking with an accent that he feels may convince the ‘victim’ into believing he is who he says he is.

Angered by the victim’s resilience, the young lad told the victim to shut up, as she has refused to send him money.

The lady can be heard in the video cautioning the lad, but he fired back at her saying he can tell her to shut up, because he is her boss.

Frustrated Nigerian Yahoo Yahoo Boy Tells his Stubborn Oyinbo Client To Shut Up As She Has Refused To Send Him Money, Always Misbehaving and Refusing to Perform!!!!