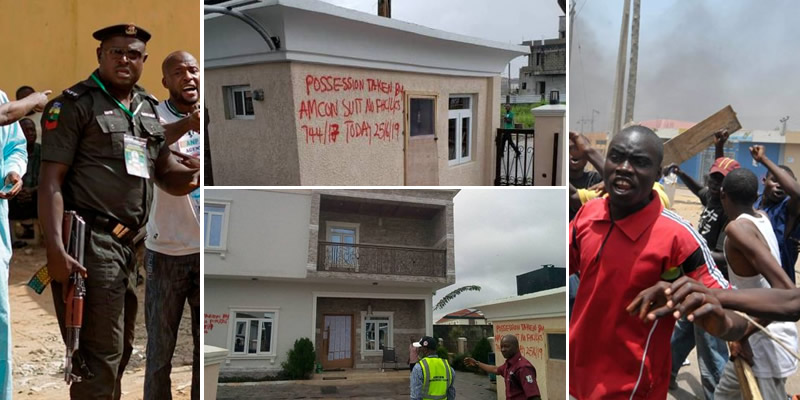 Shitu said ‘the receiver has made my issue personal and has disregarded all applicable law, he has expressed to me that he will make me suffer and made good on that threat by kicking me and family out into the street’.

Below is a video showing the moment Mr Mumini Shitu’s residence was allegedly stormed by Thugs and Policemen to enforce takeover.

Meanwhile, Some residents, who spoke on the condition of anonymity, confirmed the development.

They noted that they were aware of a series of court actions regarding the alleged debt and the collateral land, as well as the judgment, adding that many of the residents who had earlier acquired titles from the alleged debtors were affected by the judgment.

Others stated that they were in receipt of an official statement by AMCON to residents, notifying them of the appellate court judgments, upholding the lower court judgment.