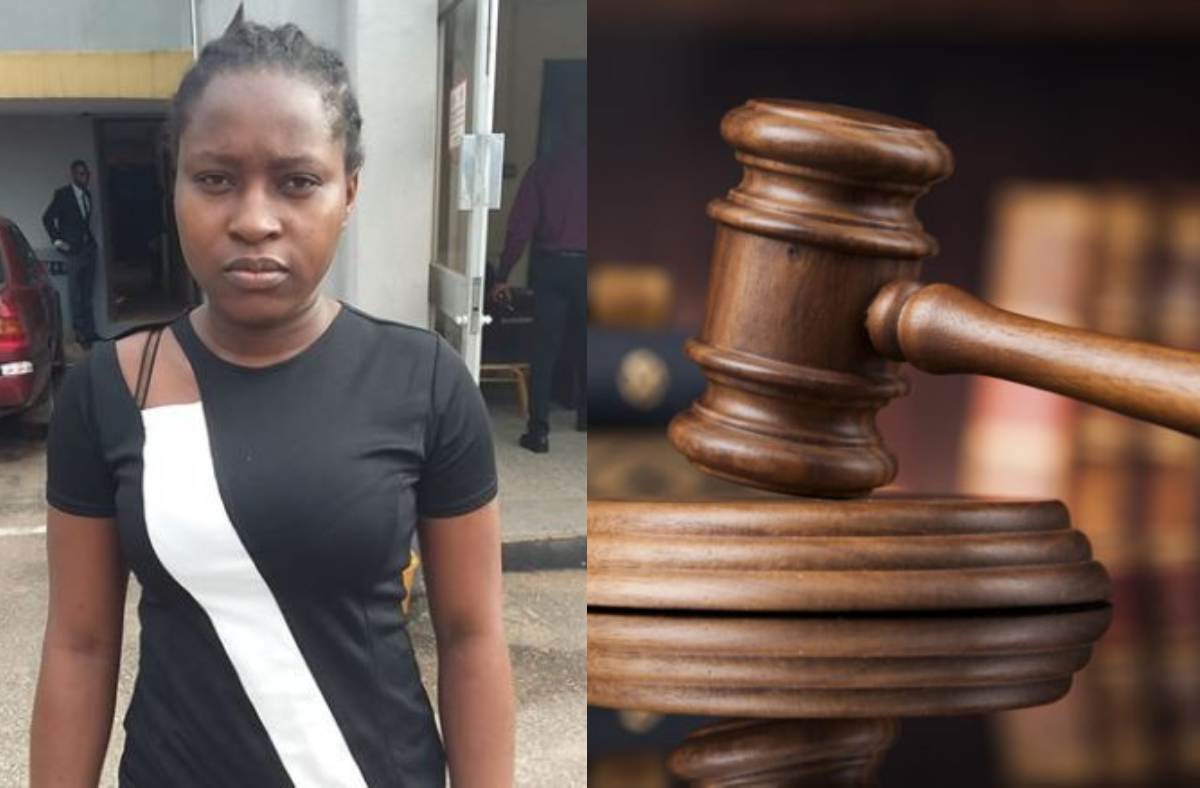 A Yahoo Yahoo girl has been sentenced to 8 months in prison by a Federal high court in Edo state.

Isaac Christiana Nkemdirim was convicted on a one count charge of obtaining by false pretence contrary to Section 15(2)(a) of the Money Laundering (Prohibition) Act, 2002 as amended and punishable under 15(3) of the same Act.

“That you, Isaac Christiana Nkemdirim (alias Ama Christiana, Isaac Christian and one Favour Chinonso (alias Steve Obinna (at large), on or about 23rd of August, 2018 within the jurisdiction of this honourable court did conceal or disguises the origin of the sum of N150,000 (One Hundred and Fifty Thousand Naira) which you transferred to our Account 0775064177 domiciled in Access Bank PLC , which you knew or reasonably ought to have known that the said amount forms part of the proceeds of unlawful Act to wit: obtaining money by false pretenses and thereby committed an offence contrary to section 15 (2) (a) of the Money Laundering (Prohibition) Act, 2012 as amended and punishable under section 15 (3) of the same Act.

Upon her arraignment, Nkemdirim pleaded guilty to the charge. Based on her plea, the prosecution counsel, Fredrick O. Dibang prayed the court to convict and sentence the defendant accordingly.

However, the defence counsel prayed the court to temper justice with mercy as his client was a first time offender and a youth who has promise never to go back to the crime.
Justice M.G. Umar thereafter convicted and sentenced the defendant to eight (8) months imprisonment without an option of fine.