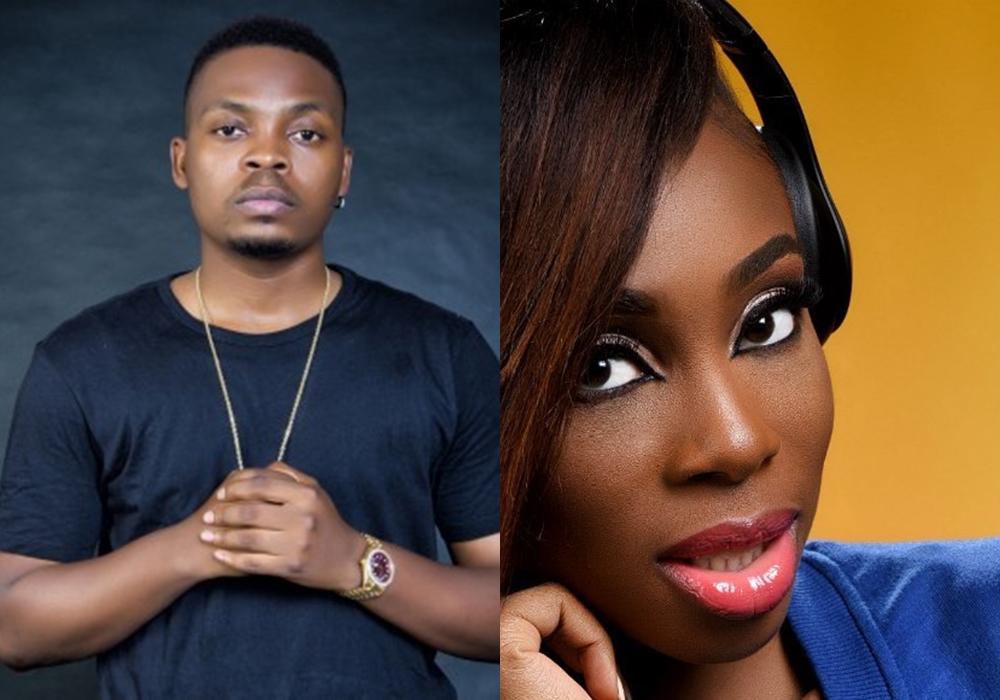 She had described her 32nd birthday on Sunday as the ‘best ever’ with pictures of her baby bump in its eighth month.

Olamide, on the other hand, welcomed his second son, Tunrepin Myles Adedeji, on Monday with his long-term girlfriend, Bukunmi.

The singer had his first son, Batifeori Maximilliano Adedeji, with Bukunmi in 2015.

The unconfirmed report has thrown social media into frenzy as fans welcome Olamide into the zone of singers with baby mama.

"Maria Okan" and "Olamide" is the gist of the day…. Like WHAT?????? pic.twitter.com/AJgbtlvxyC

Wait o! Is it this Olamide that Maria Okan is pregnant for, better not be o that I was praising him for staying away from multiple baby mamas 😣 pic.twitter.com/qOAV3b9zwQ

Well, report has it that Maria Okan is pregnant for Olamide. Does this lyrics sound familiar? 🤷🏽‍♂️ pic.twitter.com/Nebej6EqmQ

Nigerians: How were you able to get Maria Okan pregnant while being a responsible father to your kids and a good husband to your wife?

Oh well… For y’all asking, Maria Okan is a Beat FM OAP and an actress.

According to SDK, she is pregnant for Olamide, a ‘married’ father of two 🤷🏻‍♀️ pic.twitter.com/1tHmEhc5DA

Tweeps be like "A whole Maria Okan pregnant for Olamide"

Is she Donald Trumps daughter or what? pic.twitter.com/QpEJAjcC9r