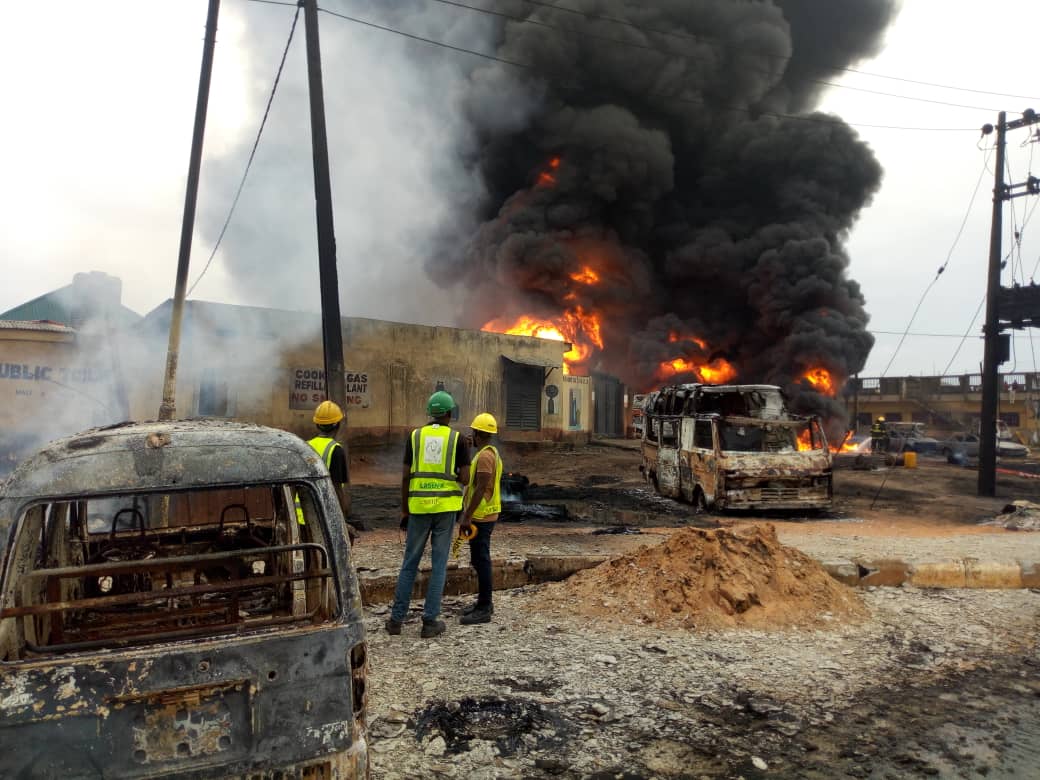 Breaking: Panic as pipeline explodes in Ijegun axis of Lagos

A pipeline explosion has been reported at Ijegun area of the Satellite town Alimosho Local Government Area of Lagos State.

The explosion said to have occurred late into the Wednesday night to early morning of Thursday, is stirring up panic among residents of the area as many are already said to have vacates their houses for safety.

Footages on social media suggested that some people had have been killed in the fire incident but it was not certain if any casualty had been recorded.

However, an eyewitness account said two unidentified bodies, as well as many vehicles and shops were burnt in a raging fire.