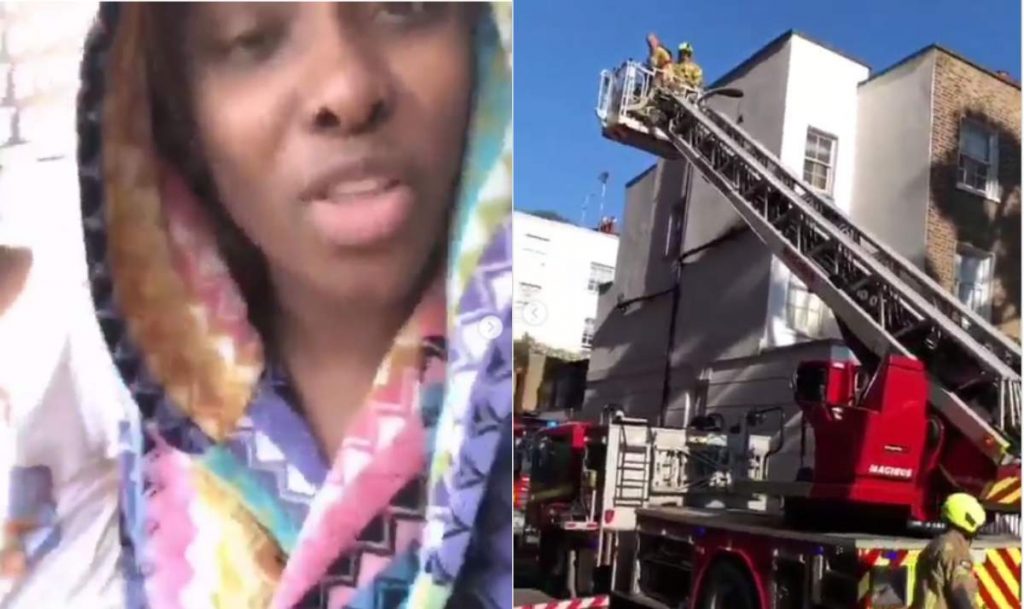 Nana Otedola, wife of billionaire businessman, Femi Otedola, and her daughter, Tolani, have escaped a fire incident at the family’s London apartment.

Tolani disclosed this in a since-deleted video on social media.

The women were forced to evacuate the building in their night wears.

Tolani didn’t state the cause of the fire but said she and her mother were safe.

She added that the firefighters wouldn’t let them into the apartment as they were still putting out the fire.

In June, Femi Otedola had disclosed that he had started a six-week vacation in London.

Married to Nana Otedola, he is blessed with four children, three daughters – Christine Olawunmi, Florence Ifeoluwa and Elizabeth Temi – and a son, Fewa.