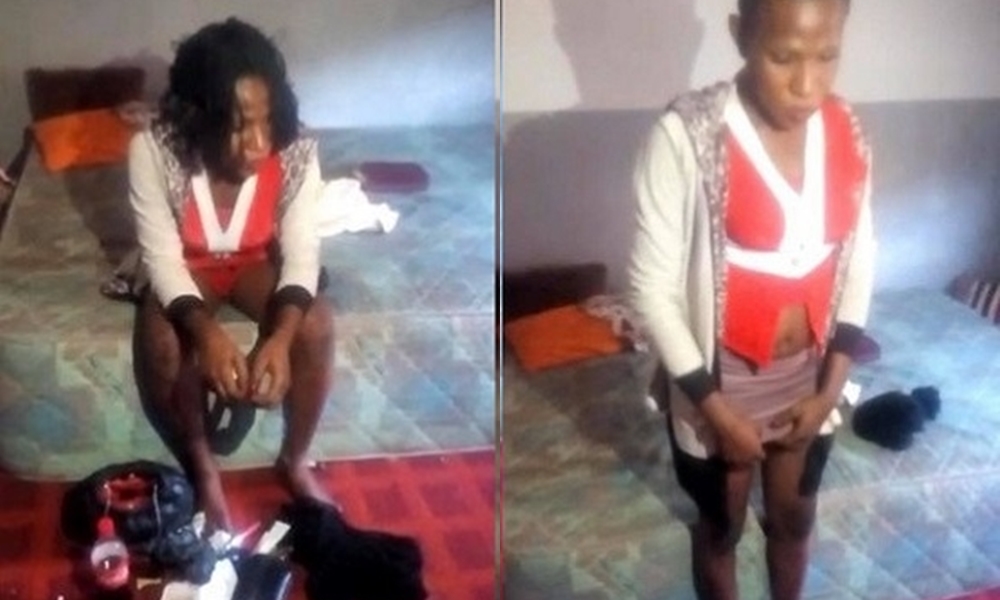 A Nigerian Policeman has received the greatest shock of his life after he found out the lady he took home for the night is actually a man.

The practice of Homosexualism and Bisexuality is fast becoming prevalent in Nigeria.

On Wednesday, July 17, the Police officer who resides in Kubwa, Abuja patronized a supposed prostitute. He would get home to figure out he was conned.

After being busted as a cross-dresser posing as a female prostitute to lure his victims, the man was forced to strip to display the stuffed fake body parts he had.

Confessing while being interrogated, the cross-dresser revealed he only switches up his look at night.

One of those interrogating him promised to give him a job that can pay him N30,000 a month if only he promises to change.

He, however, stated that people like the cross-dresser are only keen on making fast money, and don’t mind being violent about it with a victim.

Watch videos of him being interrogated below: