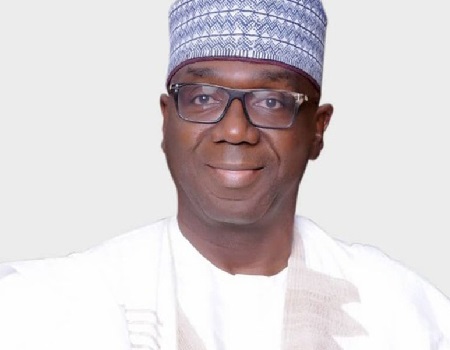 Kwara Gov Approves Payment of N350m for Completion of Secretariat

AbdulRahman AbdulRazaq, has approved the immediate release of N350 million for the completion of the new state secretariat in Ilorin.

The contract for the construction of the new secretariat was awarded by the past administration of Governor Abdulfatah Ahmed at the cost of N1.38 billion.

The project was almost completed before the new government came to power on May 29, this year, with contractors being owed over N515 million to complete the project.

However, AbdulRazaq approved the fund after securing a discount of N50 million from the contractors who were being owed N515 million out of the N1.38 billion total contract sum.

A statement issued in Ilorin on Wednesday by the governor’s Chief Press Secretary, Mr.Rafiu Ajakaye, said: “Governor AbdulRahman AbdulRazaq felt a need to urgently complete the project for the use of civil servants even as he pushed for heavy discount from the contractors.

“As a result, the governor has approved the release of N350m with which the contractors will finish the work and they will receive N81m after the work is satisfactorily done. That would leave them with the (third payment) retention fee of N34m after six months.”

The statement said the governor is alarmed that some of the state’s civil servants are still in rented accommodation, 52 years after Kwara State was created.

Meanwhile, the lead consultant for the project, Mr. Makanjuola Kayode, has said the four-block secretariat complex will be ready by August 30.
He said that each of the blocks has 76 office spaces.

Makanjuola thanked the governor for approving prompt completion of the project.

My Deputy is living in a rented house ― Kwara Gov

APC to Kwarans: Be patient with AbdulRazaq