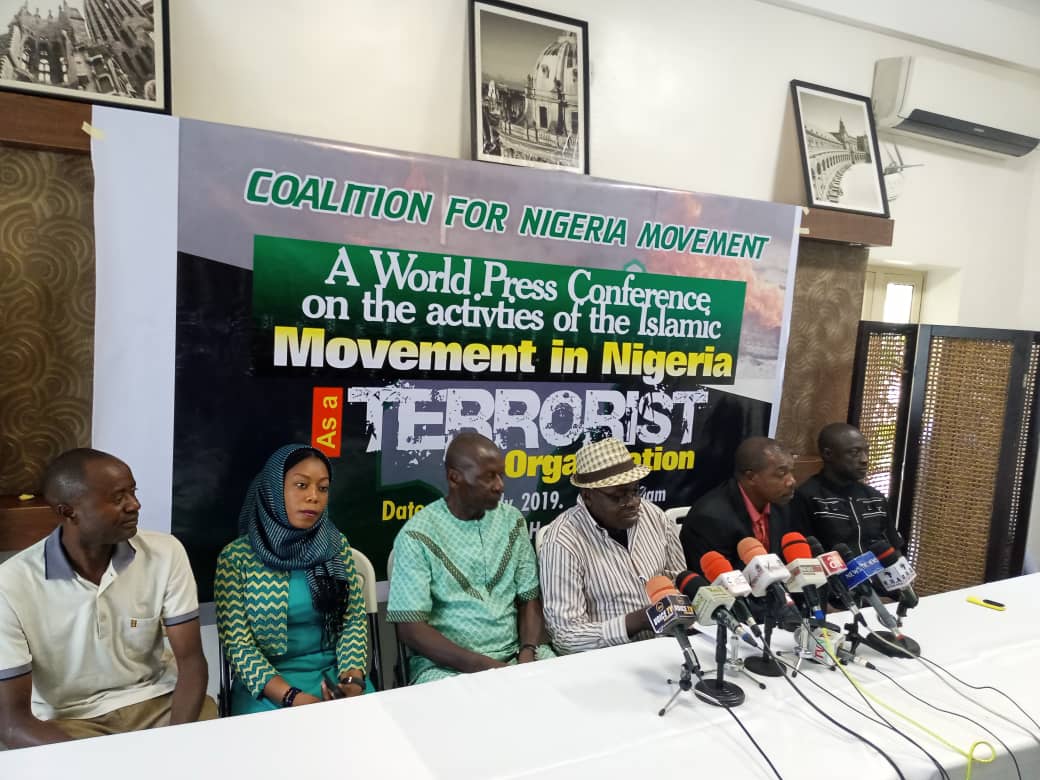 Coalition for Nigeria calls for stop to terrorists acts by IMN

The Coalition for Nigeria Movement has called for immediate stop to terror activates of the Islamic Movement in Nigeria, IMN, otherwise known as Shi’ites.

The coalition was reaction to the invasion on the National Assembly complex by members of the Islamic group on Tuesday, which led to the death of a police man and destruction of vehicles.

CNM described the attack on Police by members of IMN as height of barbarism and unpatriotic.

Addressing newsmen on the development on Wednesday, Honourable Gabriel Tavershima Tyonongo, political analyst and coordinator of the movement, urged the Nigerian government to take a decisive action against the sect group before it snobalws into another dreaded sect like the Boko Haram sect. 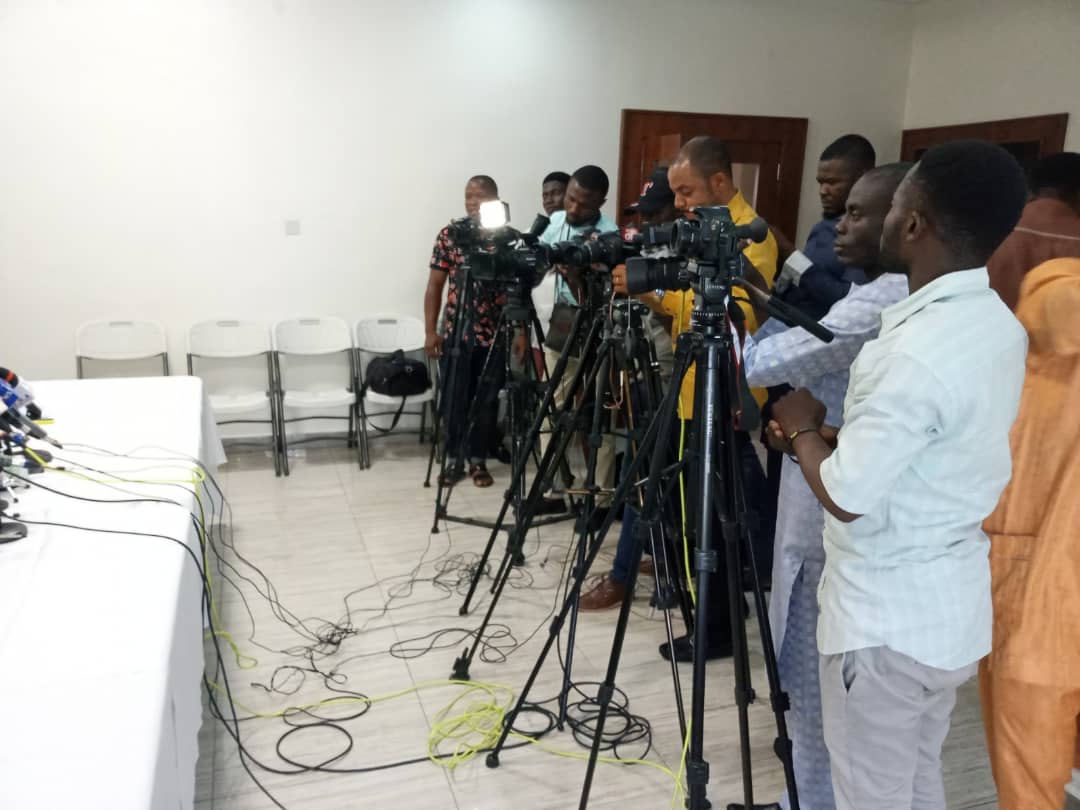 They shot several people and two policemen have so far died among those shot. They beat up and brutalized citizens in the place, ransacked the security post and set ablaze several cars.

The Coalition for Nigeria Movement, after carefully reviewing the situation, came to the apparent conclusion that the IMN action of Tuesday was an attempt to overthrow the National Assembly as part of a larger plan to form a parallel government in Nigeria. The sheer violence that was unleashed on the National Assembly and the resolve to kill as many policemen as possible is a confirmation that IMN was ready to begin implementing an agenda it has rehearsed for a long time.

We are referring to the fact IMN does not recognize the Nigerian neither does it accept its authority. The disdain it has for constituted authority is mirrored in the way it runs departments that are parallels to the federal ministries of the national government. It has its own quasi-judicial system and the only thing it has not replicated in its internal structure, the National Assembly. Became the first target of its attempt to create a parallel government.

It is interesting to note that in spite of the throng of people in the National Parliament, policemen and other para-military agencies were the direct target hence the reason that two policemen were killed. This raises questions: one, how was it possible that only policemen got caught in the hail of bullets fired by IMN? Such targeted shooting confirmed that there are many IMN members that have professionally trained in weapons’ handling. It also shows that there target is the state and every symbol of the state, including policemen on patriotic duty. 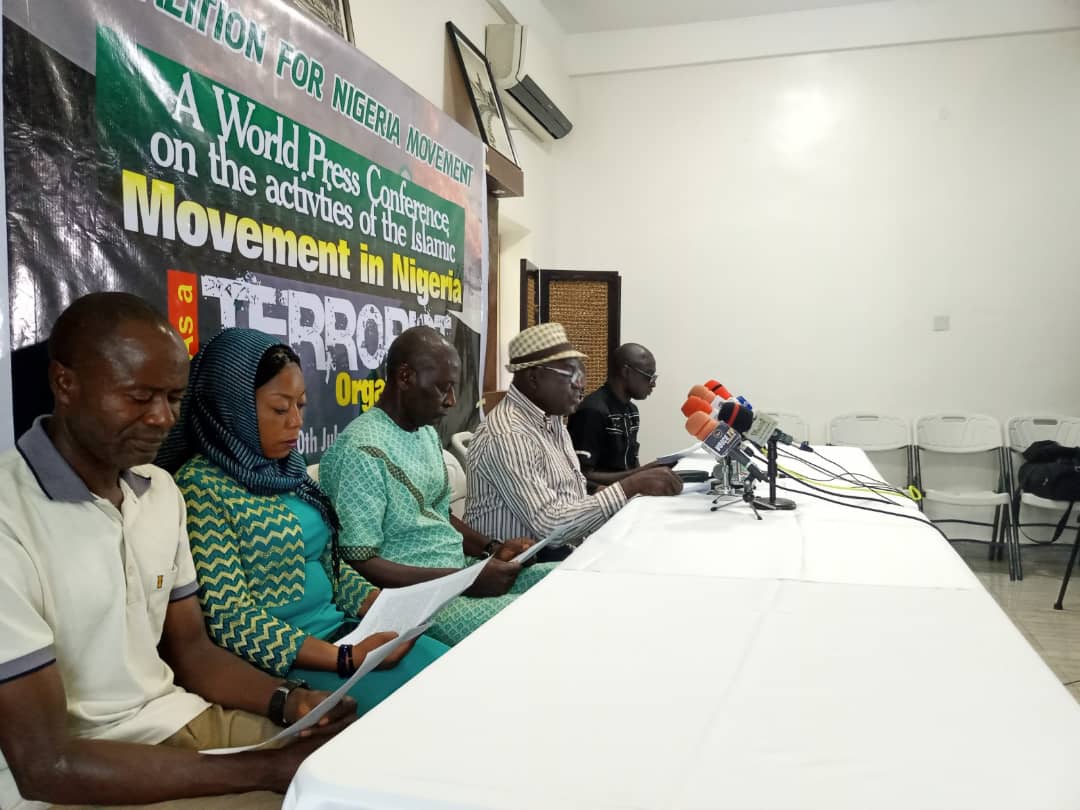 We have reasonable cause to believe that the group’s long running battle and lies against the Nigerian military was to a build up to Tuesday’s attack. The strategy was to demonize the military to a point where public opinion has pressured troops to ignore IMN even at their worst. Their objective was to overwhelm the regular police security at the National Assembly Gate and thereafter kill federal lawmakers and precipitate a constitutional crisis while announcing their own parallel government. Nigeria is indeed in danger from IMN’s extremism.

We are also concerned that the spate of kidnap for ransom that was recently witnessed in the country, in spite of a particular ethnic group being blamed for the crimes, is actually the handiwork of IMN militants that are using Fulanis as cover to raise funds from kidnapping.in order to finance their attempt to hijack the parliament. Note that the funds so raised are deployed for providing logistics for funding the groups’ cells that now permeate Abuja. This illegal money is being used to feed the group’s militant members that hide under the cover of “legitimate protests” to case the seat of power with a view to overthrowing the government when they think no one is watching. This was precisely what happened on Tuesday.

It must be noted that there are other countries with Shiite population and the kind of terrorism being unleashed on Nigerian by IMN is not consistent with the responsible behaviour seen among the sect’s members in other countries. The killing of policemen can therefore not be in pursuit of Shiites’ rights as these extremists want the world to believe but rather an implementation of IMN’s terrorist agenda.

We understand that the attack on parliament was a trial run as the militants only used the weapons they were able to snatch from policemen on the scene. There are feelers that the group will launch more attacks using weapons from their secret weapons’ cache. These attacks will simultaneously take place at several locations of Abuja so that they can overstretch, overwhelm and confuse security agencies. These are credible threats that cannot be toyed with. 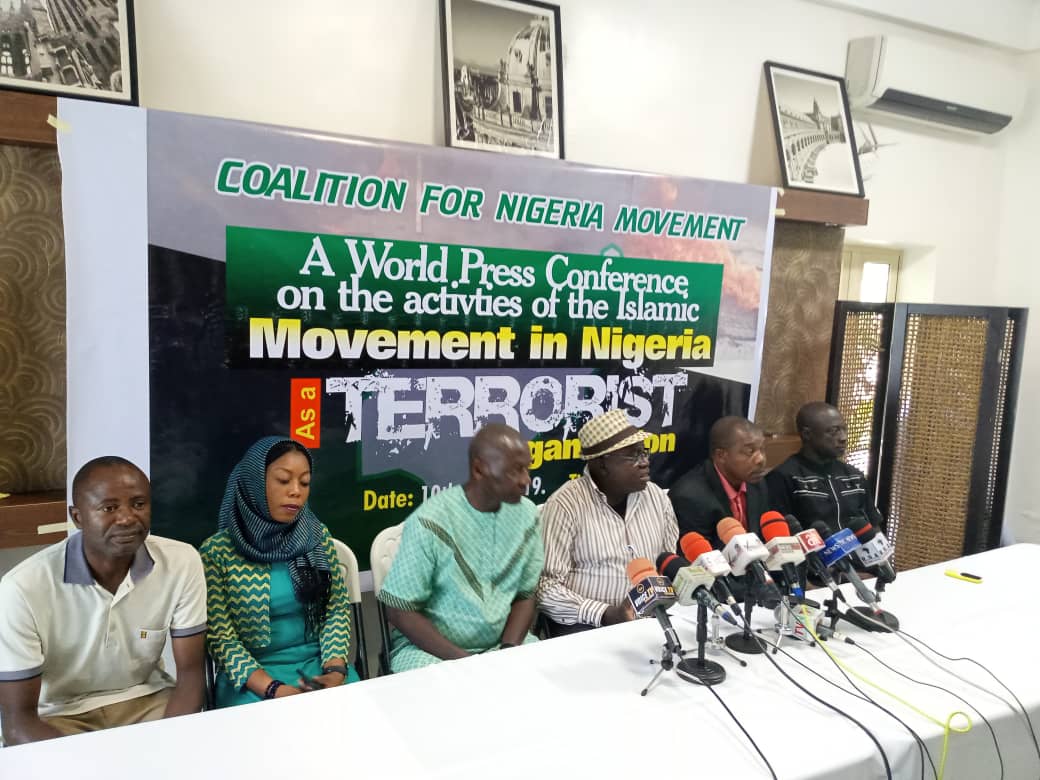 The nation’s law-enforcement agencies are therefore urged not to allow themselves to be caught unawares by the IMN fighters and online components. The coming days will be critical as they battle a group that sees nothing good in Nigeria. Nigerians must see it as their responsibility to expose the lies of IMN and to the reign of terror that the group wants to unleash on the land.

We warn IMN members that the putsch they attempted at the National Assembly shall be with consequences. The Coalition for Nigeria Movement will among other things insist that the government of Nigeria gives the maximum punishment possible to those IMN members.