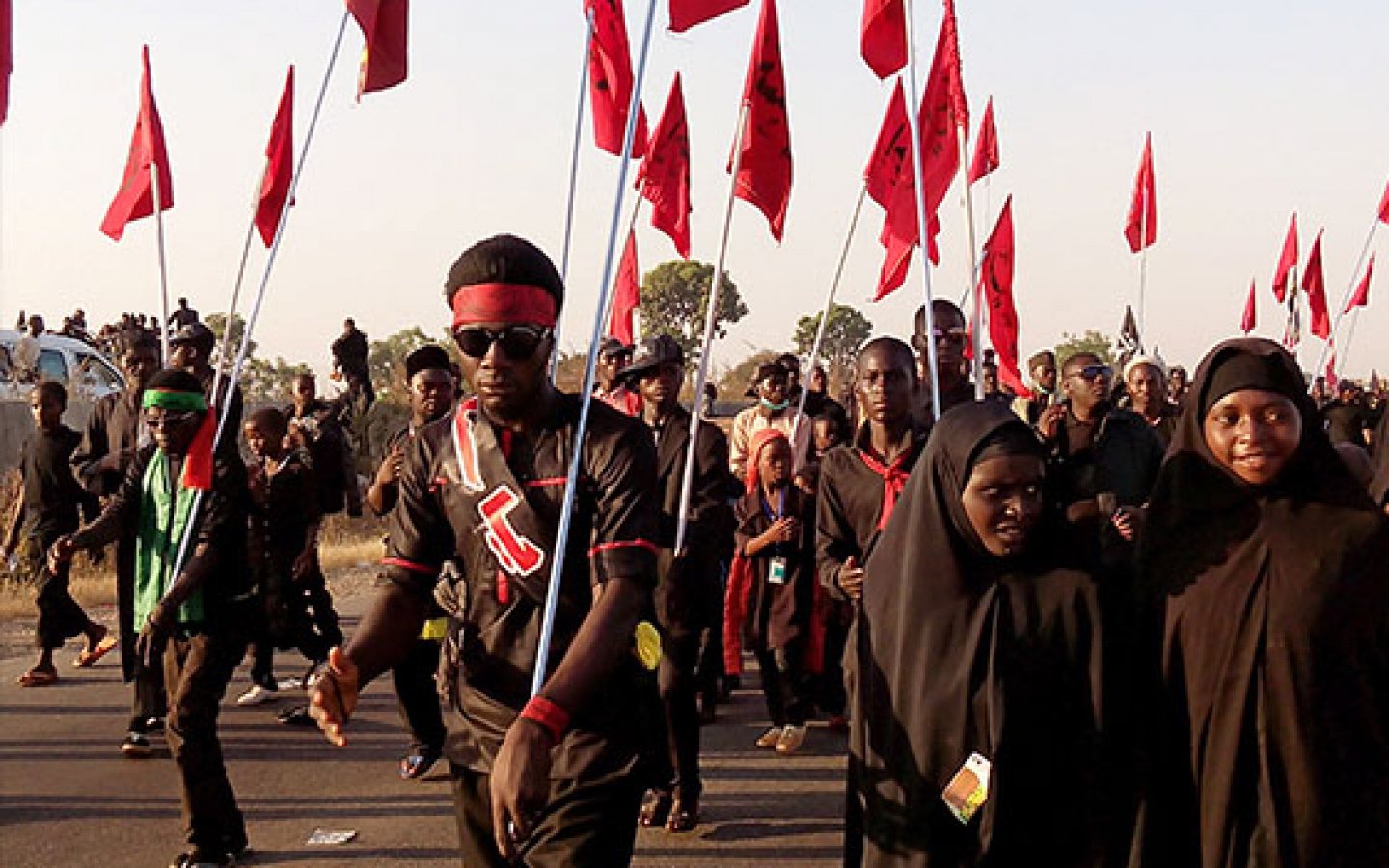 Pandemonium broke out on Tuesday in the lobby of the National Assembly after Shi’ite protesters shot at least four policemen attached to the complex.

The incident occurred around 2pm while plenary was ongoing.

A policeman, soaked in blood, was seen rushed into the lobby and to the National Assembly clinic.

Another civilian was also seen led to the clinic.

Four policemen attached to the National Assembly were gunned down by Shi’ites, it was gathered.

The Shi’ite group has been protesting the detention of their leader, El Zaky Zaky over the years.

According to an eye witnesses, members of the Islamic group began coming into the National Assembly premises in pieces before they gathered into a sizeable number.

The group eventually overpowered security men at the first gate but met with a resistance at the second where four policemen were shot by armed members of the group.

The windscreen of a Police pick up van were also smashed.