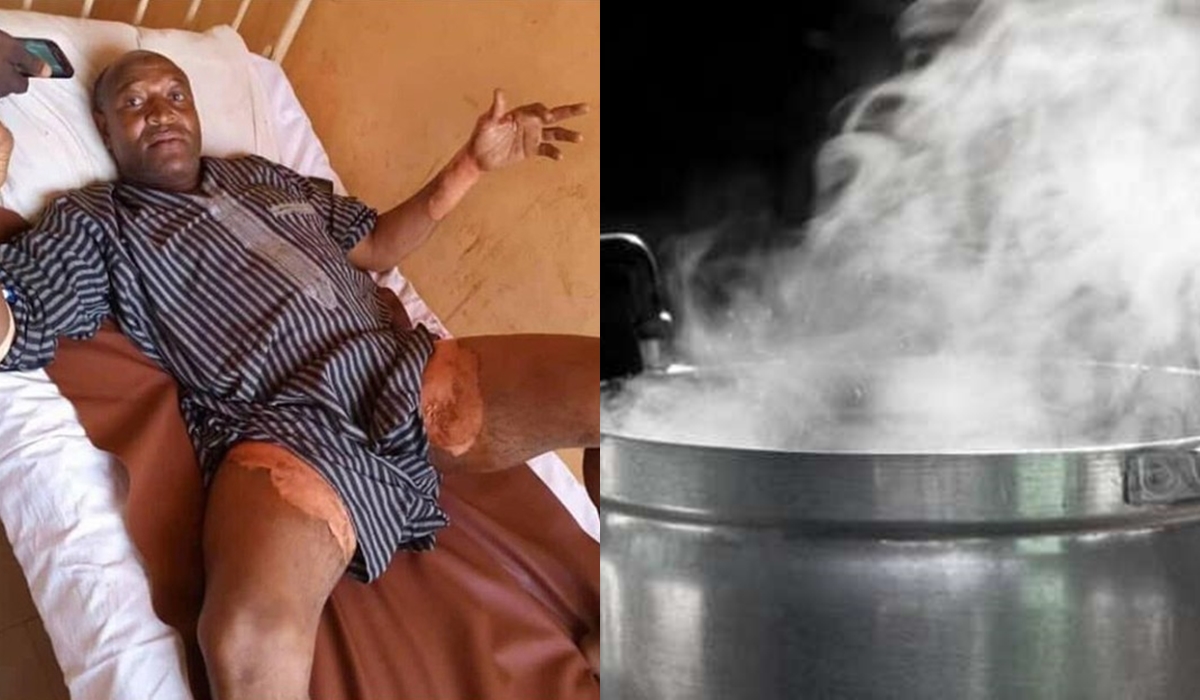 A man identified as Malam Aliyu Ibrahim has been doused with hot water by his wife after he reveal to her he was going to marry a new wife.

The primary school teacher in Danbatta, Kano State, who is currently recuperating at a hospital has his entire groin region scalded with hot water.

His wife, Lauratu committed the crime on Thursday night. According to the victim, Malam Aliyu Ibrahim Fayan-fayan, he had told his wife his intentions of adding a new wife and she celebrated with him with prayers.

He added that after he noticed the way his wife was happy about the news, he gave her some money to buy some things to share to family and friends as culture demands.

Speaking with DailyTrust, he said:

“Since the time I told her about my plan to marry another wife, I did not see any change of attitude from her and we had been living together peacefully. .

In fact, she promised me that she would be among those that would buy the wedding items for the bride. Last night after I returned home, I bought some meat for them. .

I met her boiling the water, but I had no idea what she was going to use it for. I was relaxing, when she suddenly brought the hot water and poured it around my private part.”

Ibrahim, who is currently receiving treatment at the Danbatta General Hospital, said he has 10 children with his wife.

Becoming a wife is more important than becoming a female CBN Gov. – Former…