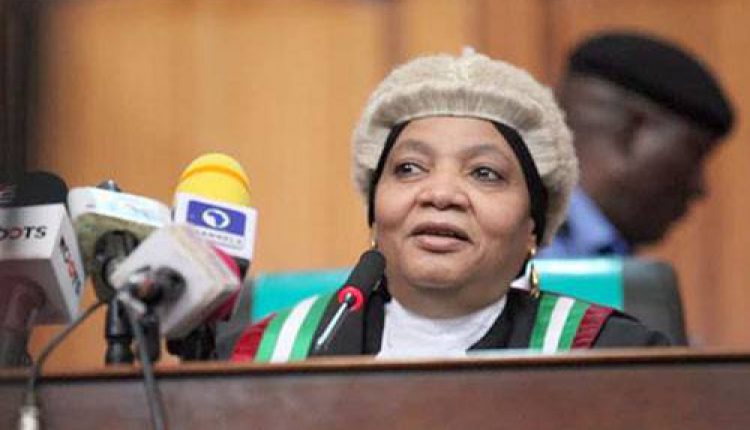 The Media Officer, Saadatu Kachalla, cited ‘the enormous petitions the Court is faced with’, as reason for the cancellation.

“2019 being an election year, it became obvious that we have to forfeit our annual vacation to enable us entertain and determine all appeals arising from the various Election Petition Tribunals transmitted to the Court”, the statement quoted Bulkachuwa as saying.

In a two-page circular signed and transmitted to all Justices on July 2, 2019, Justice Bulkachuwa noted that since these appeals were timebound, and would arise within the period of the court’s vacation from July-October, the need therefore arises for them to be heard and determined within the said period.

To enable the Court meet these targets, the President of the Court of Appeal gave explicit directives to the Presiding Justices of the various Divisions to draw up a roaster in consultation with the president to allow the Justices with medical appointments or other pressing family issues travel for not more than 15 days within the period, adding that the roaster that would be drawn should be arranged in such a manner that at any given time there is a three (3) member panel on ground in every division to hear and determine appeals.

She stated that in Divisions with three (3) Justices, only one (1) Justice can travel at a time and the office of the President of the Court of Appeal, is to be immediately notified to form a panel in that Justice’s absence should the need arise.

According to Justice Bulkachuwa, appeals arising from the National and State Assemblies would be heard by a local panel of three (3) members except where it is controversial, then the President will constitute and send another panel to hear it.

On the Governorship appeals, Bulkachuwa disclosed that it would be heard by a five (5) Member panel to be empanelled by the president. She therefore, instructed the Presiding Justices to notify her as soon as appeals from Governorship elections were filed to ensure their speedy determination.

Meanwhile, a total of 1,769 appeals were determined and 3,517 motions disposed of by the Court of Appeal between January and April, 2019.

This is contained in the summary of cases in the Court of Appeal Divisions prepared by the Head, Legal Services Unit, Barrister Mrs. Adaeze Oby Aziwe, and made available to the Media Officer of the Court.

In the document, a total of 2,397 appeals and 5,120 motions were filed during the period under review.

Similarly, reports filtering in from the office of the DCR, Court of Appeal, Election Petition Tribunal, Mrs. Rabi Abdulazeez Yakubu, Esq said that a total of 800 petitions were filed as at June 17, 2019.

A breakdown of this figure shows that, State House of Assembly recorded the highest figure of 415, Senate 105, House of Representative 214, Governorship 62 and Presidential 4 Petitions.

According to the facts sheets emanating from the 77 Election Petition Tribunals setup by the President of the Court of Appeal as at April 23, 2019, 65 petitions were either dismissed or struck out while 735 petitions are pending.