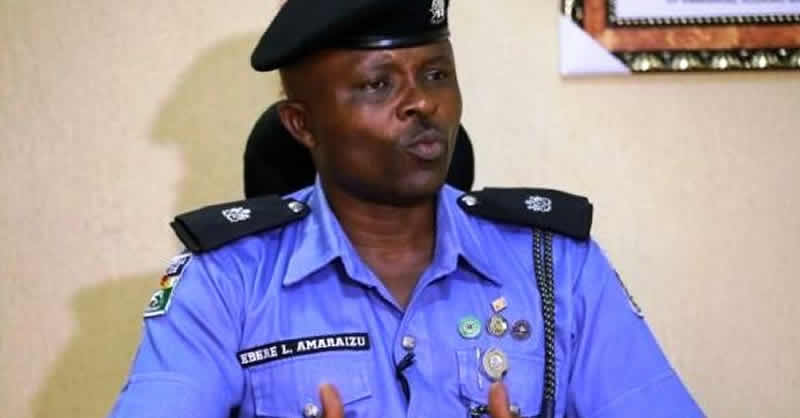 Video of herdsmen expulsion in Enugu is false, says Police

A video clip showing youths of Oduma Community in Aninri Local Government Area of the state chasing herdsmen away from the community has been disproved by Enugu State Police Command.

In a statement signed by the Spokesperson of the Enugu Police Command, SP Ebere Amaraizu and released to Newsmen in Enugu on Thursday.

Amaraizu said that the fake, false and misleading social media video was ignorantly captioned, “Enugu Youths Chase Out Herdsmen and Their Cows Back to North’’.

The police spokesman said that the false video clip was an attempt by mischief makers to cause disaffection and disunity as well as promote hatred among the people.

The command said no such incident took place or was recorded by it in any of the communities in the state as painstaking inquiries had been conducted.

“The Command further wishes to inform members of the public that the purported video clip is the same video that was earlier circulated alleging the same incident at Nenwe in Aninri council area which is a nearby community to Oduma community.

“The Command, however, view the video clip as an attempt to cause disaffection, disunity and promote hatred among people of various ethnic backgrounds.

“The video clip in circulation is the handiwork of mischief makers who want to portray the law-abiding youths of the said Enugu community and the entire state in a bad light.

“To this end, the Command has enjoined law-abiding members of the public to disregard the mischievous video clip in circulation and go about their normal lawful businesses without fear or intimidation,’’ the police spokesman said.

He said that the state’s Commissioner of Police, Mr Suleiman Balarabe, had directed the police operatives to fish out those in the habit of circulating fake, misleading and concocted video clip aimed at promoting disunity.