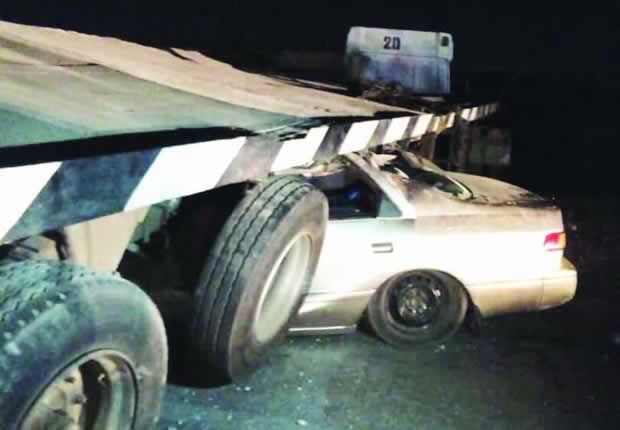 Two died and six others severely injured as two vehicles clashed on Enugu-Onitsha expressway in Anambra State on Friday.

Mr Andrew Kumapayi, Sector Commander, Federal Road Safety Corps. Anambra, who confirmed the incidence to the News Agency of Nigeria, said it occurred at Nteje on the Enugu-Onitsha Expressway.

According to him, the crash occurred as a result of wrongful overtaking and speeding.

The sector commander said 13 persons including 10 males and three females were involved in the accident.

“An accident occurred at Nteje near Awkuzu Junction on Enugu-Onitsha at about 12:30 p.m. this afternoon and our rescue team arrived at the scene six minutes after we were contacted.

“Two persons, all males were killed and six persons, five males and one female were injured.

“The cause of the accident was wrongful overtaking and speeding,’’ he said.

The sector commander said the deceased persons were confirmed dead at a private hospital and the bodies had been deposited at the morgue.