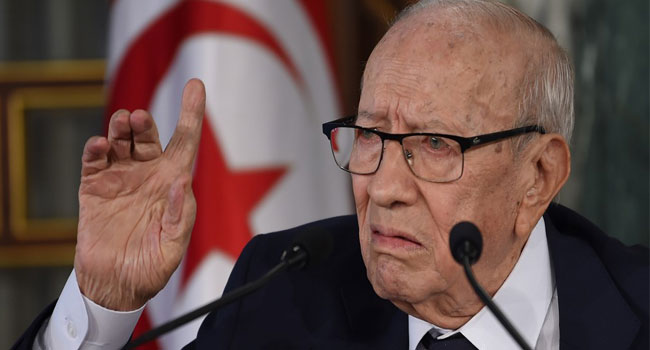 He was the world’s oldest sitting president. He was admitted to hospital on Wednesday but officials did not say why he was receiving treatment.

Earlier this year, he announced he would not stand in elections expected in November.

Mr Essebsi was also admitted to hospital last month after suffering what officials said was a “severe health crisis”.