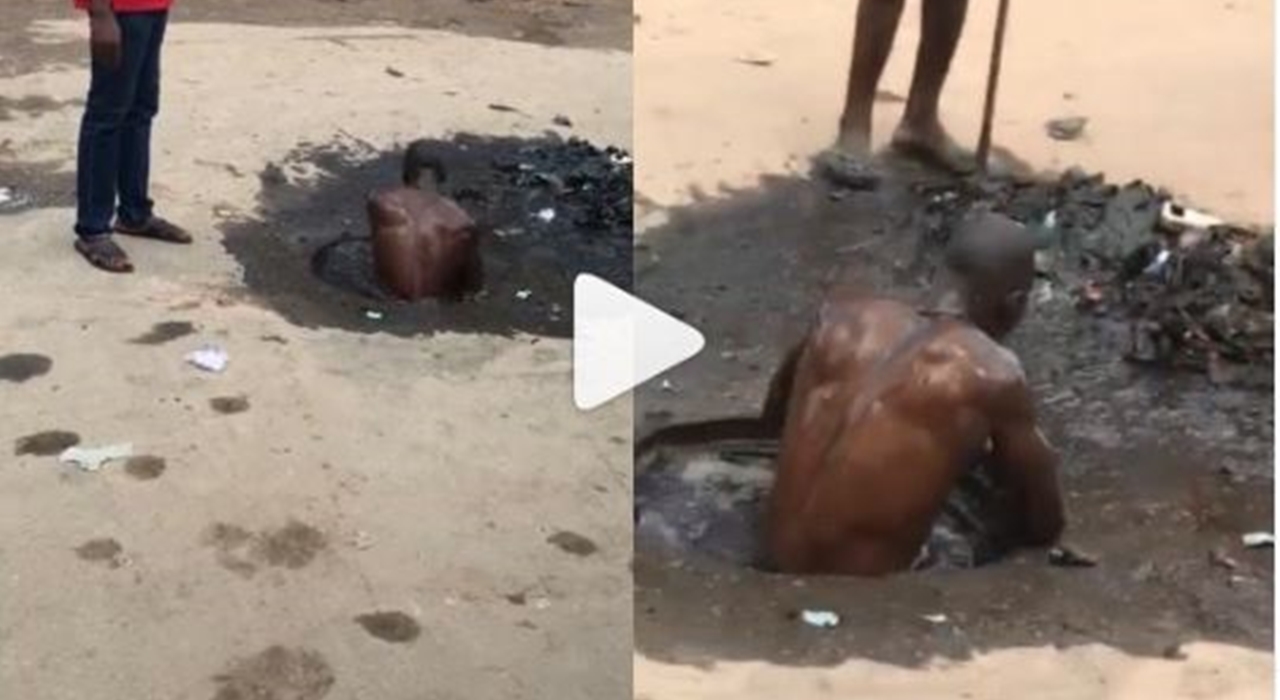 The job of this young labourer is to lower himself into the sewer and clean it off any solid waste which could block the free flow of its contents.

The energetic man was seen doing the work without any safety kits while the sewer was filled to the brim. In the video circulating on social media, he could be seen immersing himself in the terribly dirty water while shirtless and removing the wastes in the drainage system.

He struggled to hold his breath and he could be seen losing so much energy while engaging in the odd job which doesn’t pay much, according to reports.

Most social media users believe he could expose himself to grave diseases while doing the unhygienic job. Many believe there should be a mechanical way of cleaning the sewer rather than exposing a labour to the danger of rendering such services.