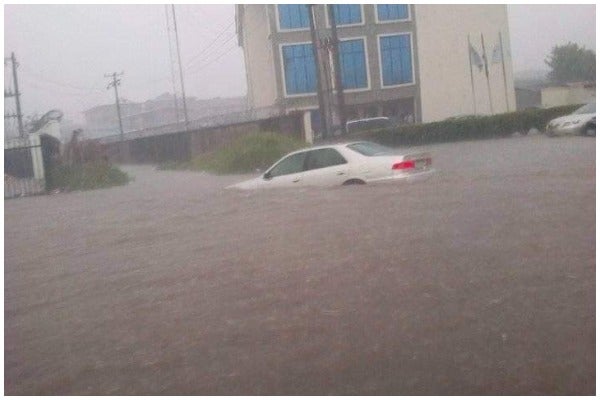 The downpour which lasted over two hours unsettled activities in the metropolis as many traders scampered for safety.

Most vehicles that were submerged were those that had been parked along the road before the rain. However, some moving vehicles were also stuck in the flash flood.

The development caused gridlock in the state capital.

Steve Osuji, the Special Adviser on Media to Governor Emeka Ihedioha reacting to the aftermath of the rains said, “The problem is deep no doubt. Eight years of environmental degradation left Imo, a disaster zone. But the rightful men are on the job.

“The Owerri underground drainage master plan which was abandoned is being excavated. Soon Owerri shall be the cleanest again. “