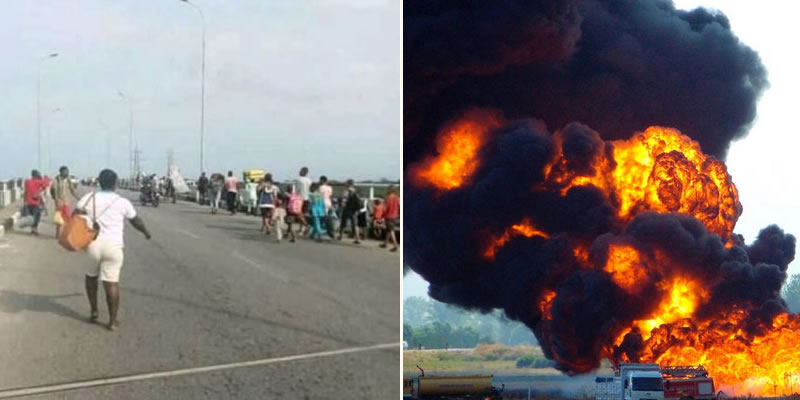 Panic in Bayelsa as major pipeline explodes, hundreds of people flee for safety

A major Nigerian oil pipeline has exploded forcing nearby residents to flee and raising suspicions of possible sabotage.

The Nembe Creek Trunk pipeline runs from an oil terminal in Bonny to Bayelsa State with capacity of 150,000 barrels per day.

“We have not been officially briefed on the incident, but it occurred. No lives were lost as a result of the explosion and we can’t confirm if it was an attack by militants or an equipment failure unless the people managing the facility go there” to determine the cause” Bayelsa State Police spokesman Asinim Butswat told AFP.

Ndiana-Abasi Mathew, a public relations official for Aiteo, the company that manages the pipeline, confirmed the incident in a text message on Saturday. “There is no official statement at the moment but I can gladly inform you that the fire has been contained and no lives were lost,” Mathew said.

Nigerian pipelines are prone to accidents and are sometimes pierced by people who refine the oil themselves to sell on the informal market. The explosion could also be the result of a criminal act after the re-election of Nigerian President Muhammadu Buhari.