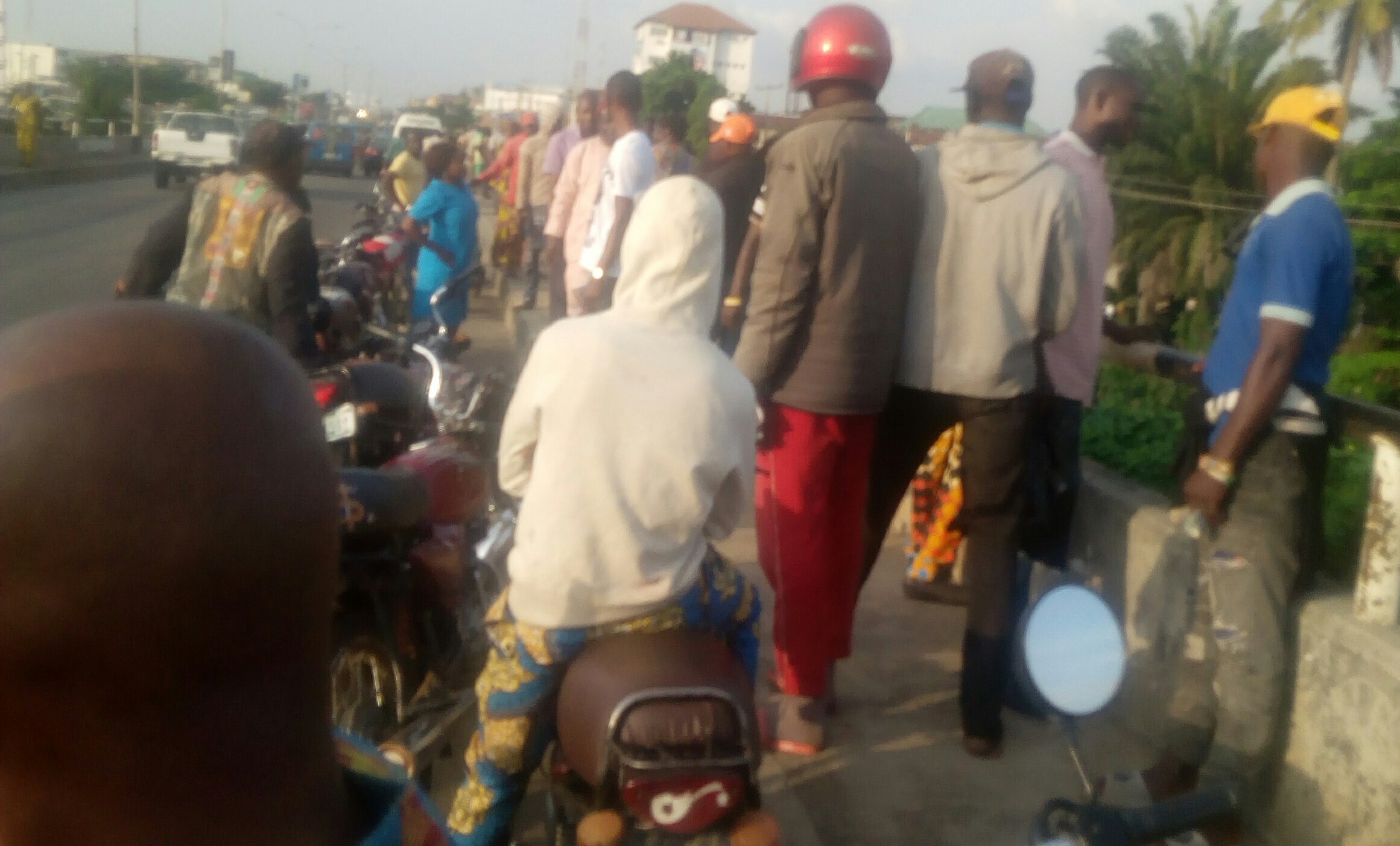 Tragedy struck Osogbo community as an unknown middle-aged man on Thursday made attempts to commit suicide by jumping into river in Osun.

Newsmen learnt that efforts to rescue the middle aged man were futile as fire fighters and police could not find or ascertain his whereabouts inside the river.

The incident attracted a crowd of passers-by ,who stopped to catch a glimpse of the incident.

It was learnt that the man allegedly resorted to the action in an apparent suicide attempt.
Details later..

BBNaija: Frodd gets his heart broken a second time (video)

BBNaija: I was misquoted, had a massive swelling in my left eye and misjudged – Nelson explains why he got evicted (video)

Single mother trafficked and sold in Lebanon cries out for help