Nigerian cross-dresser, Bobrisky who seems to always be embroiled in one controversy or another and who is also known to be showing his extravagant lifestyle on social media just recently was accused of owing debt up to the tune of 8 million naira to a Nigerian surgeon. The  Nigerian cross-dresser has landed into the news just again.

Nigerian celebrity and transgender, Idris Okuneye alias Bobrisky has requested for money/birthday gifts from his followers to allegedly fund his extravagant birthday party.

The controversial celebrity plans to have a big birthday party and he has turned to the unusual people to send him a birthday gift because he has helped a lot of people. However, it is baffling how Bobrisky would call people broke because they seek or accept financial bits of help.

Reports claim the supposed best-friend of Tonto Dikeh is cash strapped because he owes a lot of people money and the Nigeria police forced him to use his party money to pay those he owes money to. 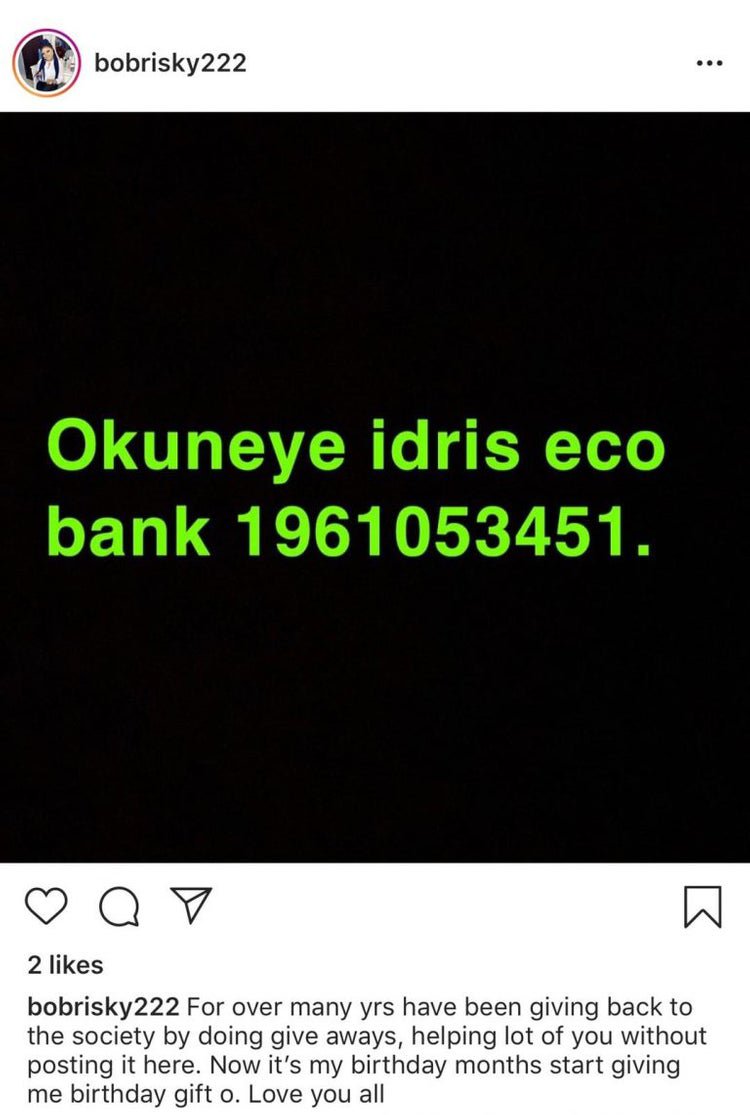 Recall Okuneye was arrested over N665k debt and he was made to pay half and the rest in installment.