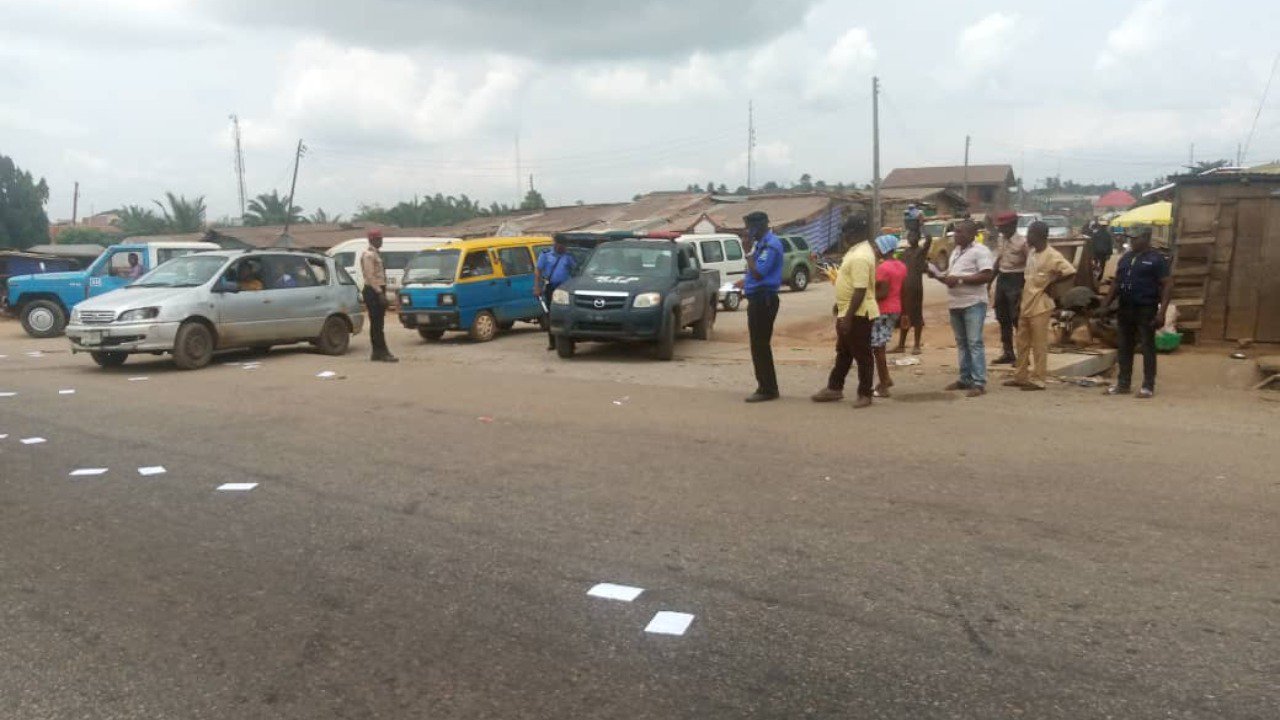 NDF said the action of Nigerians on Tuesday showed that they can’t be easily cowed and deceived by some disgruntled elements, who are hell bent on destroying the country.

Addressing newsmen on Tuesday in Abuja, Dr Bolaji Abdulkadir, Secretary General of NDF, hailed the Nigerian security agencies for quick response across the nation, which prevented the protest.

Abdulkadir further advised those behind the anti-government protest to desist from creating further nuisance in the country.

Gentlemen of the press, Monday August 5th, 2019 came and passed without the rage promised by some criminal elements taking hold of the country. This was a rabble that had threatened to “bond together and bundle” a democratic government out of office.

In the hours preceding the Monday date for their day of rage, these trouble makers took to social media to harass other Nigerians while standing the law on its head to justify their pointless anger and bitterness at not being able to function in a Nigeria that is undergoing reformation. It is now apparent that these angry people are embittered because they no longer have access to proceeds of corruption that had financed the lavish lifestyles they had become addicted to. Some of those threatening to protest are also in the enterprise to pursue their terrorist agenda as their original group have been proscribed as terrorist organizations. This is in addition to those that have desires to please their foreign task masters that are hell bent on destroying Nigeria.

We want Nigerians to take to heart all those that were once held in high esteem but decided to support terrorists, separatists and coupists that had threatened to overthrow a democratic government through mob action. It is most appalling that supporters of this aberration were hiding under freedom of expression as guaranteed in the constitution without citing the relevant section of the constitution without citing the sections that specified the acceptable process for ending the tenure of a government. Even more disappointing is the failure of these influential people to educate their field agents and spokespersons that free speech does not cover a call to violence neither does it excuse treason.

The National Democratic Front (NDF) is pleased to have championed democracy by leading patriotic Nigerians to resist the anti-democratic forces that had planned a mob coup. It took the concerted effort of democracy loving Nigerians to halt these misguided elements in their track.

We found it easy to make this effort because of our patriotism and because of the knowledge that we have about several nefarious organizations such as the Islamic Movement in Nigeria (IMN), Indigenous People of Biafra (IPOB), Amnesty International and selfish politicians with their foreign agents. We knew they had attempted to use various means to make the country ungovernable by sponsoring killings in the name of ethnic groups to make the country ungovernable and to make Nigerians turn on each other.

We appreciate all Nigerians who showed absolute belief in the future of the country, Through strength and unity of purpose, Nigerians came together to defeat these dark forces by proving to them that President Buhari remains the popular will of the people and no evil forces collectively or individually can test the people’s resolve.

The solidarity shown by various civil society organizations that came out enmass to reject the mob action, particularly those backed by Amnesty International that was waiting for bloodshed to invite the world to forcefully take the country is commendable. This spirit must be sustained and vigilance remains the watch word.

We salute the professionalism and responsiveness of the security and military agencies. Their intervention ensured that law abiding citizens were not overwhelmed by hoodlums. The civil way they went about containing the trouble makers ensured that they were not able to lie about the government excessively clamping down on their raging protests.

There is however the need to always be at alert as the paid protesters could resurface like flash floods and take the country unawares. We have been informed that this is the strategy they will adopt especially when it is time to put those arrested on trial for treasonable felony. The sub-plot is to storm the trial venue or any section of a particular city in a number that they expect would overwhelm security and law enforcement personnel.

We call on Nigerians not to allow such to happen even as they continue to protect Nigeria’s hard earned democracy to make sure no one takes the country backwards.

As for the protesters, we want to advise them that there is still time to seek clarifications on the position of the law and to also get better understanding of the changes that the present government is implementing for the benefit of Nigerians collectively. They should know when they are being conscripted as foot soldiers to prosecute the private war of those that cannot get over their hatred of a Nigeria that is beginning to signs of working.