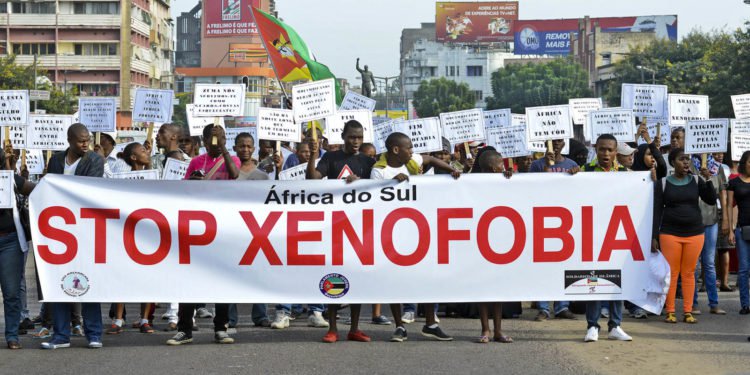 The National Association of Nigerian Students (NANS) has shut down the Yola branch offices of DSTv and Stanbic Bank over xenophobic attacks against Nigerians in South Africa.

The students who started the picketing of South African businesses in Adamawa State on Thursday, said the picketing would be extended to MTN offices on Friday.

Early in the morning, the students first visited the DSTv office on Bank Road and then matched over to the Aliyu Mustapha Way where Stanbic Bank is located.

All through the protest match, the students held placards of various inscriptions, namely ‘NANS say no to xenophobia,’ ‘Why kill our citizens and loot their properties?’ ‘Enough of spiral silence,’ ‘Nigerian students can no longer keep quiet while South Africans kill Nigerians,’ among others.

At the Stanbic Bank, the students addressed the management through the National Financial Secretary of NANS, Danladi Jonah, who said the bank branch would remain shut throughout Thursday and Friday as directed by NANS’ national leadership.

“We are giving South African businesses in Nigeria seven days to relocate,” he said, adding that NANS would decide the next plan of action after the ultimatum.

The Stanbic Bank Zonal Operations Manager, Abubakar Usman, who addressed the students, assured that he would communicate their grievance to the headquarters of the bank.

Earlier in a press interview, the NANS National Financial Secretary, Danladi Jonah, explained that the protest and picketing of South African companies in Adamawa State was part of a phased nationwide action by NANS in condemnation of killings of Nigerians by South Africans.

He said he was leading the protest in Adamawa to let South African presence in the state know that Nigerian students could not continue to condone the violence that South Africans met out to Nigerians on South African soil.