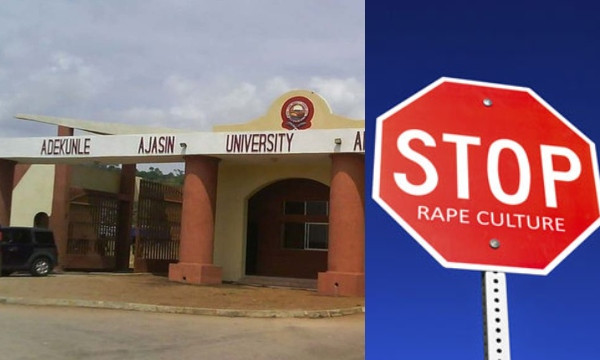 The soldier who raped a 300-level student of Adekunle Ajasin University, Akungba Akoko (AAUA) has been handed over to the police by the Nigerian Army.

WITHIN NIGERIA had earlier reported that a student was allegedly raped by a soldier on her way home and the soldier absconded before he was later identified.

The soldier, found guilty of the rape allegation following a trial by the Nigerian army, was dismissed from the service before being handed over to the police for prosecution.

“He has been sacked from service and he has been transferred to the police for prosecution . The army does not tolerate indiscipline” an army source said.

Ondo State Police command spokesperson Femi Joseph, confirmed the soldier is in their custody and will soon be charged to court.

“I can confirm to you that the soldier has been handed over to us, he will soon charge him to court,” Joseph said.

Recall we reported earlier that the student was raped at a military checkpoint along Ikare Akoko-Akungba Akoko road while returning from the school.