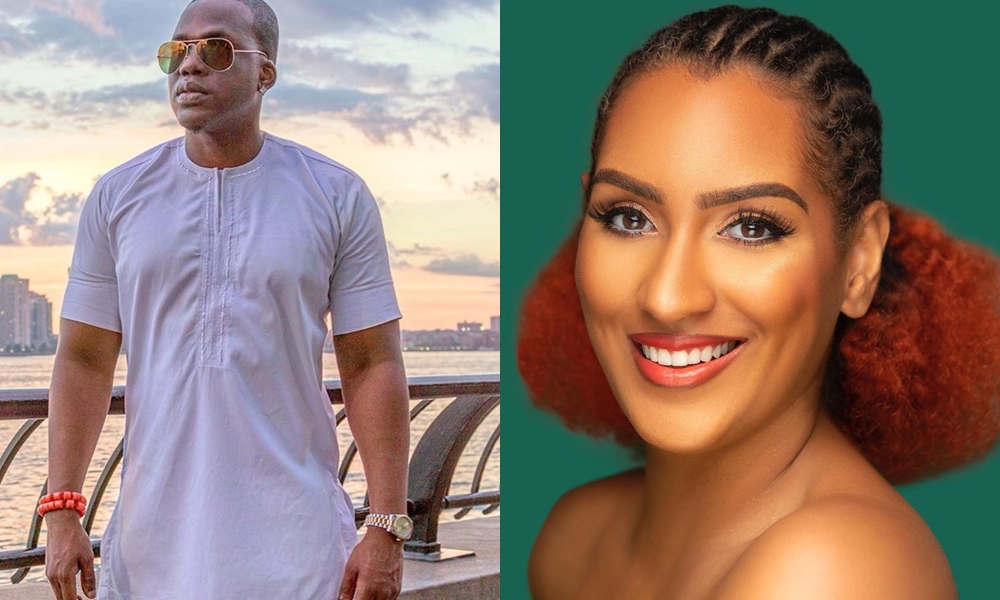 According to the singer who is younger than the actress, he never took her love seriously, he let her down when she needed her the most AND EVEN CHEATED ON HER.

He penned the letter disabling comments on his page. This is coming just 5 days after releasing his latest song ‘way up. 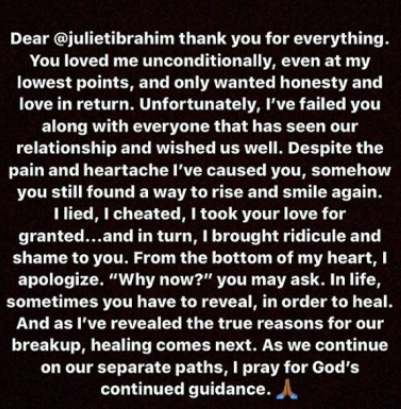 Juliet Ibrahim is yet to react publicly to this message as at time of press. The delectable actress recently had a book launch titled “A Toast to Life.

Juliet Ibrahim stated it is her intention to uplift women and remind them that despite the many challenges experienced, there truly is always light at the end of the tunnel. According to her, every survival can be summed up in three words, NEVER GIVE UP.

The major theme of the book is around Surviving, Broken Relationships, Single parenthood and Srarting Afresh. The star studded event had in attendance, Chigurl, RMD, Elvina Ibru, Charles Tudor amongst other nollywood celebrities.