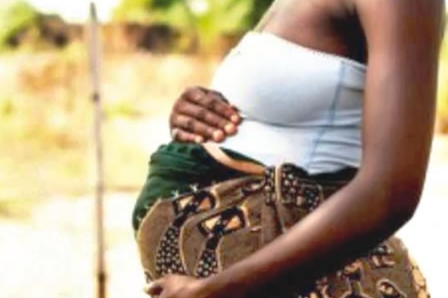 According to reports, the victim is the sister of a prominent politician in Denge Shuni local government area.

She was aleeping with her family members when the gunmen struck her home at about 2am in Denge Shuni local government in the early hours of today and abducted her.

They beat her husband to a pulp before whisking her away.

Confirming the incident, the spokesman of the state police command, ASP Sadiq Abubakar, said police officers at Dange Shuni Division, received a distress call that seven armed men at about 2:00 am, stormed Katura village and abducted a pregnant woman

As I’m talking with you now, policemen are on the trail of the kidnappers in order to rescue the woman.

As a matter of fact, all bushes around the area  have been combed by the police and investigation has commenced into the matter.

He added that efforts are being made to rescue the victim.