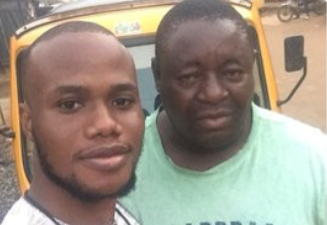 It was a moment of praises and commendations on social media for a Nigerian tricycle rider as he was celebrated on Twitter for his honesty.

According to Twitter user, Gbaja Adeolu, he forgot his iphone in a tricycle he boarded earlier today.  To his amazement, the tricycle rider returned it to him without any prodding.

I boarded his keke this morning in a hurry and I forgot my iPhone in his keke, I only realize 30minutes later that my phone was gone(I froze) then I called and he picked, he found me and returned it. I first did idobale and walked away, I came back and forced a cash gift on him. 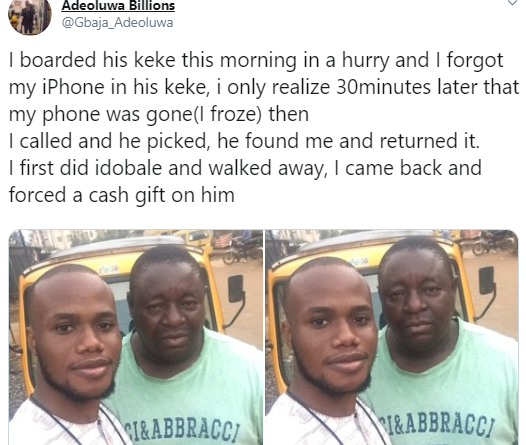 In other news, a 30-year-old teacher of a private school in Kuje Area Council of the Federal Capital Territory (FCT) has been arrested by the National Agency for the Prohibition of Trafficking in Persons (NAPTIP) for allegedly raping a 6-year-old pupil of his school.