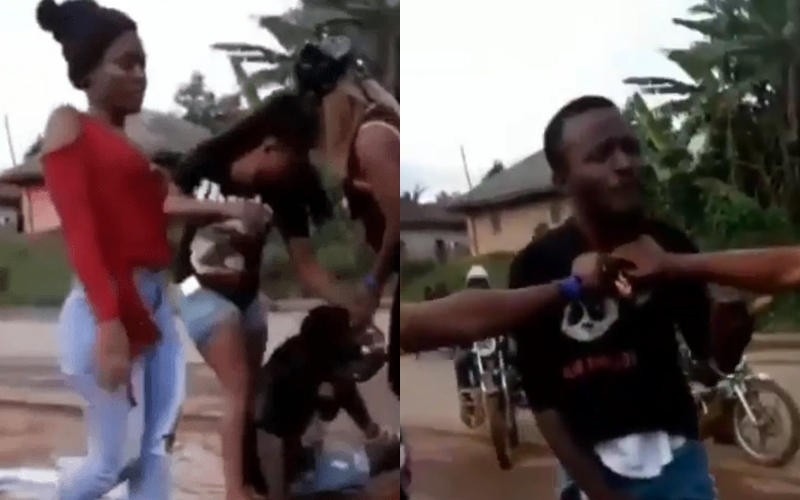 Trending Video: Three Female Friends Beat Up A Man Secretly Dating All Of Them

A video which has gone viral on social media shows how a ‘local man’ his Waterloo recently when three friends realised he’s been secretly dating and sleeping with them all.

They confronted him and beat him to stupor.

In Other news, The Nigerian Customs Service has intercepted truck-loads of banned drugs including tramadol and other illicit drugs worth N5 billion in Lagos.

Joseph Attah, the spokesman for the service conducted newsmen round a warehouse where the trucks of the intercepted items were parked at the Ikeja Training College of the service. Attah said the Comptroller-General of Customs Strike Force in Zone ‘A’ stumbled on the contraband.

According to him, the smugglers believe that festive period is a time of merriment and less vigilance, “but our officers intercepted the illicit drugs as the smugglers attempted to move it from Lagos to other parts of the country’’.