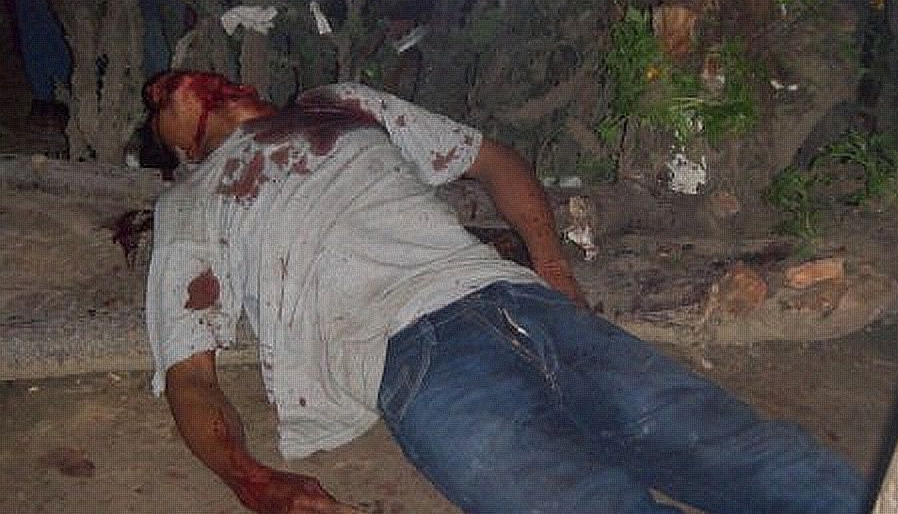 Tension in Osun community as couple beat burglar to death

A burglar who was caught attempting to steal has been reportedly killed by a couple in Osun state.

The police have declared wanted an Ilesha-based couple, Samson and Omolabake Babarinde, for allegedly beating to death a suspected burglar, who was caught while attempting to steal from an artisan’s workshop.

The couple and some other residents of the Breweries Street, Imo, Ilesha, reportedly beat to death one Taiwo, whose surname and address could not be ascertained, on Sunday, August 11, 2019, after he was apprehended around 10pm while attempting to break into the workshop.

The couple, after the burglar had been killed, reportedly dumped his remains in a location on the Ife-Akure Expressway and fled.

A security source, who spoke on condition of anonymity, said two persons had been arrested in connection with the crime, while police personnel were said to be on the trail of the two main suspects and others, who participated in the killing.

Giving further details about the crime, the Public Relations Officer of the Osun State Police Command, Folasade Odoro, said the matter was reported on Monday, August 12.

She stated that the suspects were residents of the Breweries Road, Imo, Ilesha, and used sticks and cudgels to beat up and caused the death of one Taiwo, who had attempted to steal from the workshop of one Ayo Ogundele.

Odoro said, “Thereafter, they dumped the corpse of the deceased in a location on the Ife-Akure Expressway.

“Our detectives have visited the scene of the crime and the corpse has been recovered and deposited in the morgue of the Wesley Guild Hospital, Ilesha, where autopsy will be conducted on it.

“We have also arrested two persons, Ayo Ogundele and Taiwo Oluwarotimi, in connection with the crime. Our detectives are working on intelligence that can lead to the arrest of Samson and Omolabake Babarinde, who have fled their home.”