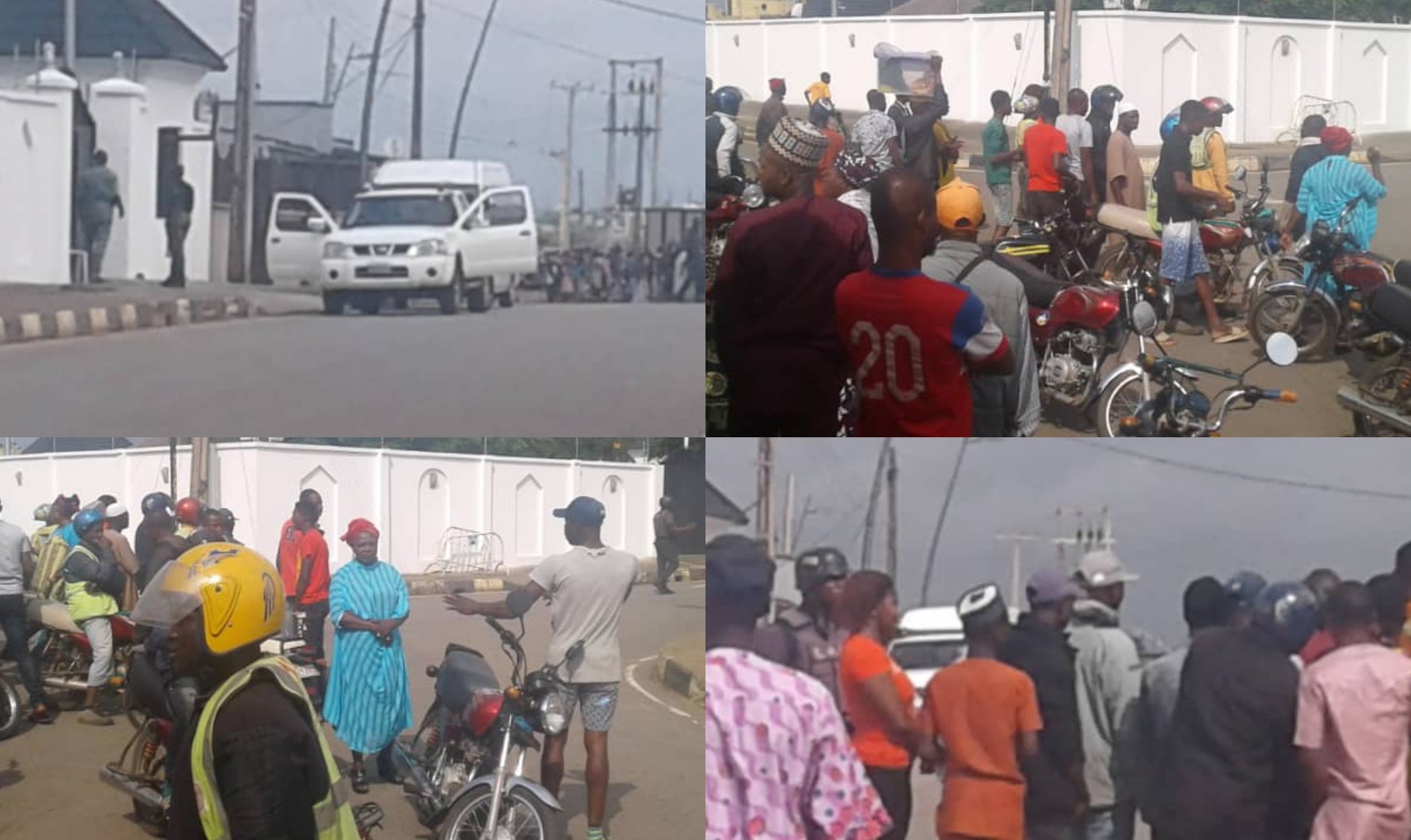 The residents of Epe area of Lagos State have expressed worry over the siege laid on the house of the immediate past governor of Lagos State, Mr Akinwunmi Ambode, by unknown men who came with vehicles with no identification numbers.

While expressing their concern to Journalists, the residents said the men who arrived the country home of Ambode at the early hours of Tuesday were not in EFCC uniform nor with anything they could easily be identified with.

“They said they are EFCC officials but they did not wear the official EFCC uniform, they didn’t even bring the EFCC bus,” said one of the residents.

The residents decried that the unknown men, some of whom were dressed in military uniform and mufti came with Hilux Van that is not traceable to the EFCC.