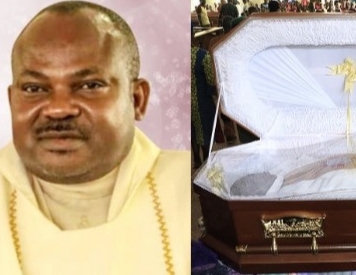 The remains of the 49-year-old clergyman who was shot dead while on his way to church for mass, will be laid to rest at the Holy Ghost Cathedral, Ogui in Enugu state today Tuesday August 20th.

Until his death, Father Offu was the parish priest of St. James the Greater Parish, Ugbawka.

See more photos from the vigil mass below;

In other news, a final year student of the Tai Solarin University of Education located in Ogun State, committed suicide on Monday August 19.