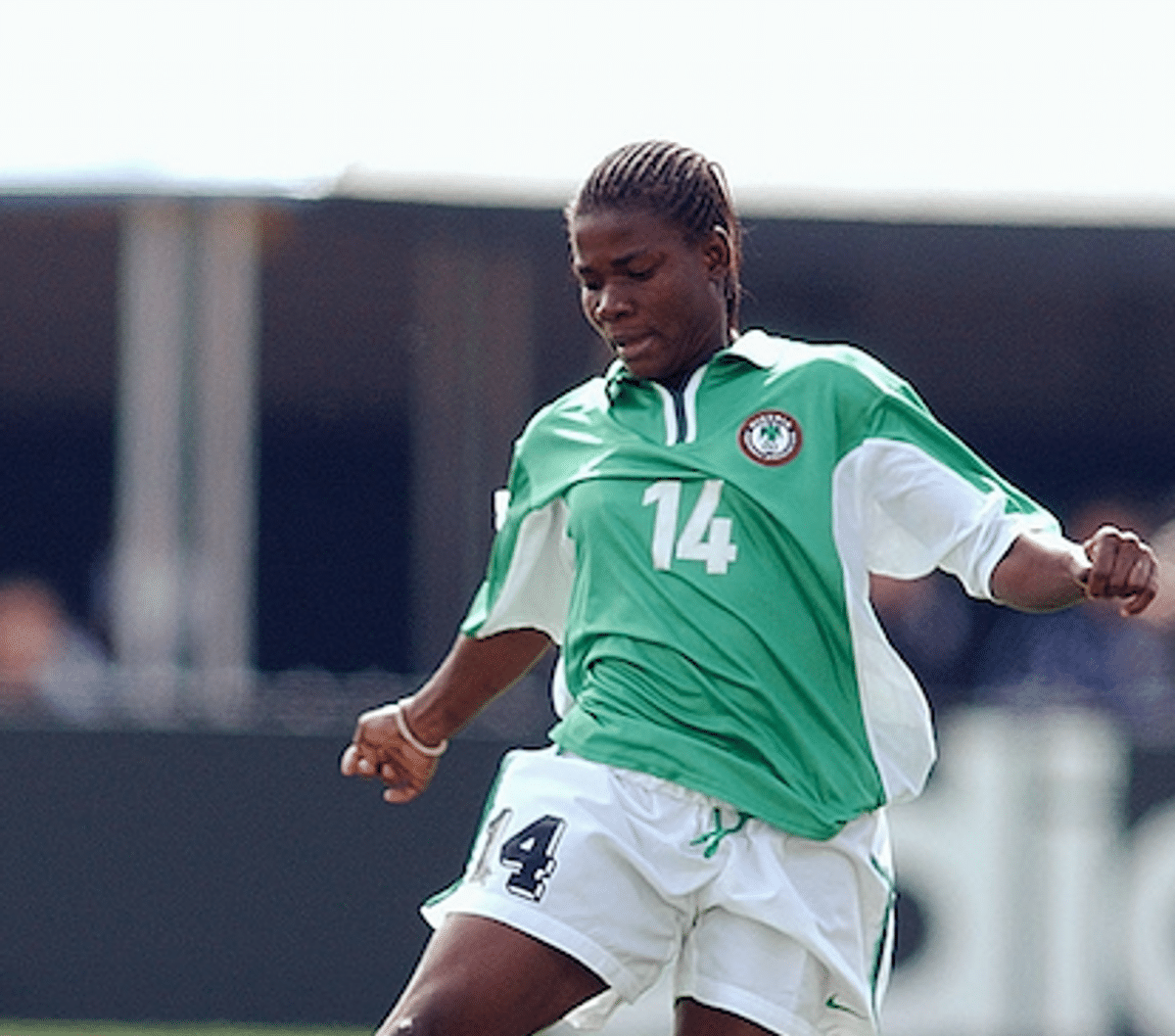 Former Super Falcons striker and maiden Captain of the female under 19 team (The Falconets) Ifeanyi Stephanie Chiejine is dead.

The 36 year old was said to have died at about 10pm on Wednesday night after a brief Illness.

She made history in 1999 when she became the youngest player ever to play at the Women’s World cup. The Super Falcons incidentally made it all the way to the Quarterfinals in the United States in that edition, the highest level they have reached so far in the tournament which made its debut in 1999.

Nigeria Football Federation in a statement released on its official website described the demise of the former Conference Queens of Lokoja ace as shocking and regrettable.

“We are sad to announce the sudden demise of former @NGSuper_Falcons player Ifeanyichukwu Chiejine who passed on after a brief illness on Wednesday, 21st August 2019. Ifeanyi captained the first set of the U19 National Women’s team to the first U19 (Now U20) @FIFAWWC in 2002” said the NFF.

Late Chiejine dribbles past defenders while in action for Super Falcons, Chiejine also had good dose of club football staring for SSVSM-Kairat Almaty of Kazakhstani, FC Indiana in USA’s W-League, KMF Kuopio and PK-35 Vantaa in Finland and Zvezda Perm in Russia respectively.

Soccer fans have since taken to the various social media platforms to pray for the repose of the soul of the departed noting that she indeed contributed in no small measure to the development of female football in the country.

BREAKING: Man whose Identity was mistaken for Nigerian who died in Ukraine Airlines…