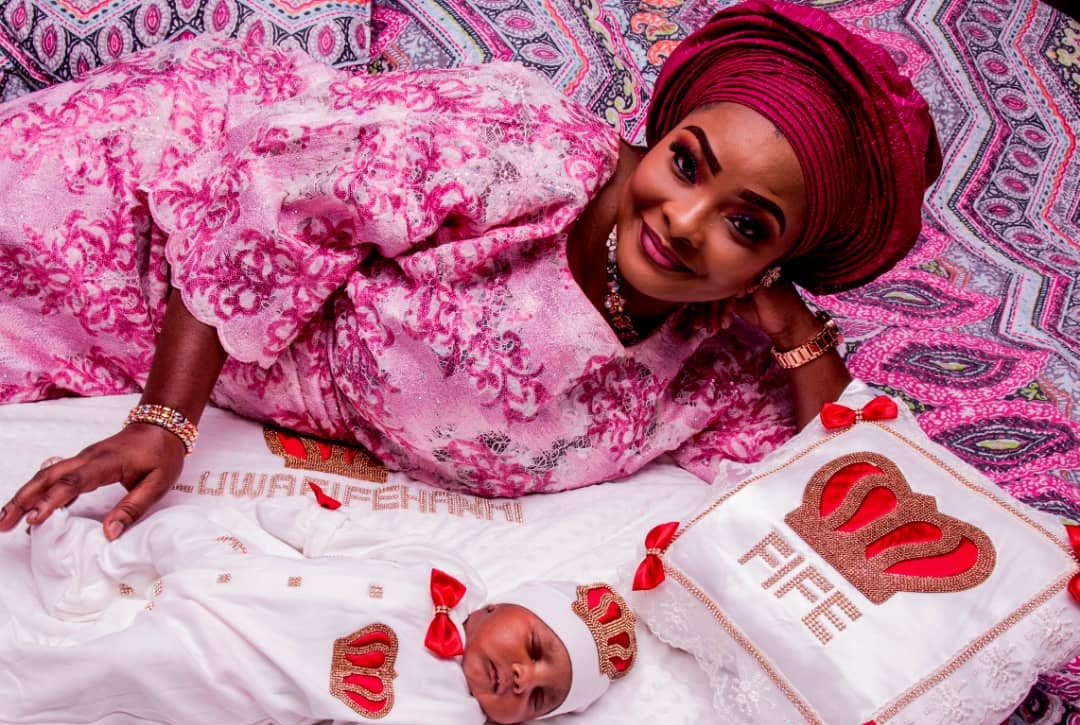 Few days after popular Nollywood actress of Yoruba extraction, Ronke Odusanya gave birth to her first child in the U.S, the naming ceremony of the child was held last weekend in America in line with Islamic rites.

In other news, the Oyo State Police Command have arrested 10 suspected armed robbers for stealing 410 generators and 560 gallons of oil worth forty million naira (N40m).

Photos from the traditional wedding of Davido’s brother, Adewale in Calabar