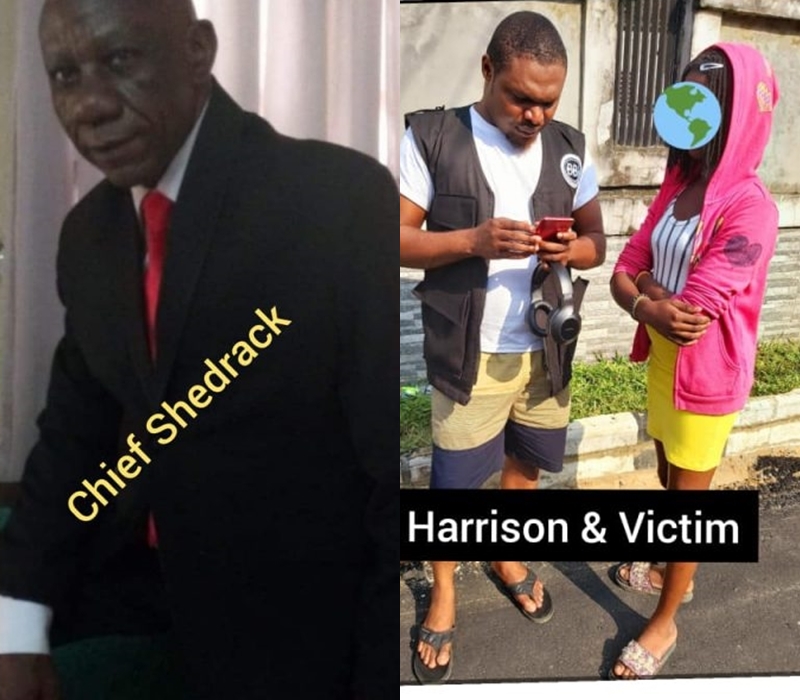 The police in Rivers State have released a 75-year-old man, Shedrack Ejinwo, arrested last week for allegedly defiling a 14-year-old girl at Kendox Medical Services, where he received treatment as an HIV patient.

A Delta-based human rights activist, Harrison Gwamnishu, who confirmed the release of the suspect in a telephone interview with our correspondent, said Ejinwo entered into an out-of-court settlement with the father of the victim, Rufus Felix, to pay N370,000 monthly until February 2020.

Gwamnishu, who is the Director-General, Behind Bars Rights Foundation, claimed the victim was persuaded by the wife of the medical director of the clinic, where she worked as a salesgirl, to keep the rape a secret and placed on treatment.

He said, “When that (rape) happened, they placed the girl on drugs for prevention of the virus. So, they opened a card for the girl at the hospital. The man has been released from custody based on a settlement agreement.”

A copy of the settlement seen by our correspondent showed that the signatories included Ejinwo, counsel for the suspect, Amaechi Enere, counsel for the victim, Ibe Ukagha, State PRO, Behind Bars Initiative, Mr Emmanuel Wokoma, Mr Ogbonna Asonye and the victim’s father.

It read in part, “That Chief Shedrack N. Ejinwo will be totally responsible for cost of all medical treatment of Miss Gift Felix from now till February 10, 2020, when there will be a final check on her.

“That upon the final check of Miss Gift Felix on February 10, 2020, if/and having been certified medically fit, Miss Gift and her family will withdraw the petition against Chief Shedrack Ejinwo.”

Gwamnishu told our correspondent that upon Ejinwo’s arrest, he returned to Delta and assigned Ukagha to follow up on the case and make sure the suspect was charged.

The activist said, “He (Ukagha) called me two days ago and said the people wanted to settle the matter. I said, ‘No settlement, please. Take this suspect to court. I will foot the medical bills of the girl.’ We got a place for the girl through the Doctors without Borders in Port Harcourt.

“I was surprised to see the agreement signed by the person I told to monitor the process and make sure the suspect is charged to court.”

The Police Public Relations Officer in the state, Nnamdi Omoni, did not respond to calls or a text message.

See picture of the accused and the agreement signed on the victim’s behalf.